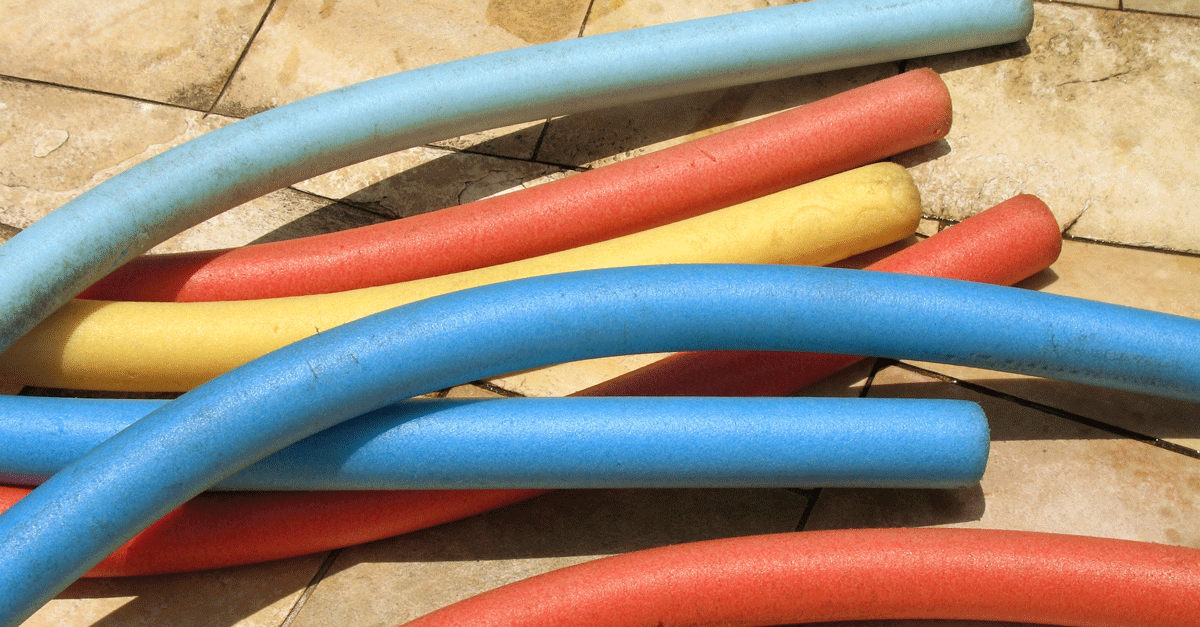 With the possible exception of somebody throwing a pool party for their Pentecostal church and its snake-handling pastor, it’s unlikely that a rattlesnake popping out and biting someone in the face is going to be on the list of activities — right between the barbecue and wiffle ball — at anyone’s summertime soiree. Because no one wants to eat a cheeseburger with a side of antivenom.

So if you, like most people, would prefer to avoid extending a frantic, last-minute invitation to paramedics during your summer pool party, check your pool noodles before your guests (or kids) grab them and hop in the pool. As it turns out, snakes, and in particular rattlesnakes, think they’re a pretty great hangout spot. (They’re a big fan of secluded, dark areas.) This is according to the Buckeye Fire Department, who recently dealt with one such incident when an Arizona family found a rattlesnake making a home out of their pool toys.

After some research, we found that there have been reports of snakes (NOT RATTLESNAKES-they do not lay eggs) actually laying their eggs inside the pool noodle itself or around pool noodles that have been left outdoors near bushes or block fences.

The post went on to warn that if you do encounter a rattlesnake, the worst thing you can do is give in to your totally reasonable urge to scream and run away. Chances are that will only further scare the rattlesnake, and make it more likely to strike.

In general, rattlesnakes don’t want anything to do with people, though only because we’re too big to eat. A fact that is only mildly comforting, at best. They’d eat us if they could. But they can’t. So they won’t. But they would. Snakes are from hell.

Either way, a rattlesnake will only strike if it feels threatened, so stay calm and give it plenty of space. It will likely slither away after it has calmed down. Definitely do not engage with it. You are not Steve Irwin. A guy, who, by the way, was really good at handling dangerous animals and still died doing it. How good of a job do you think you’re going to do in sandals and three beers deep? (Not very, is the answer.) Call a professional snake relocator or another snake expert.

Check your pool noodles and other pool toys, pool owners! Those hiding places are prime for reptiles, including venomous snakes.