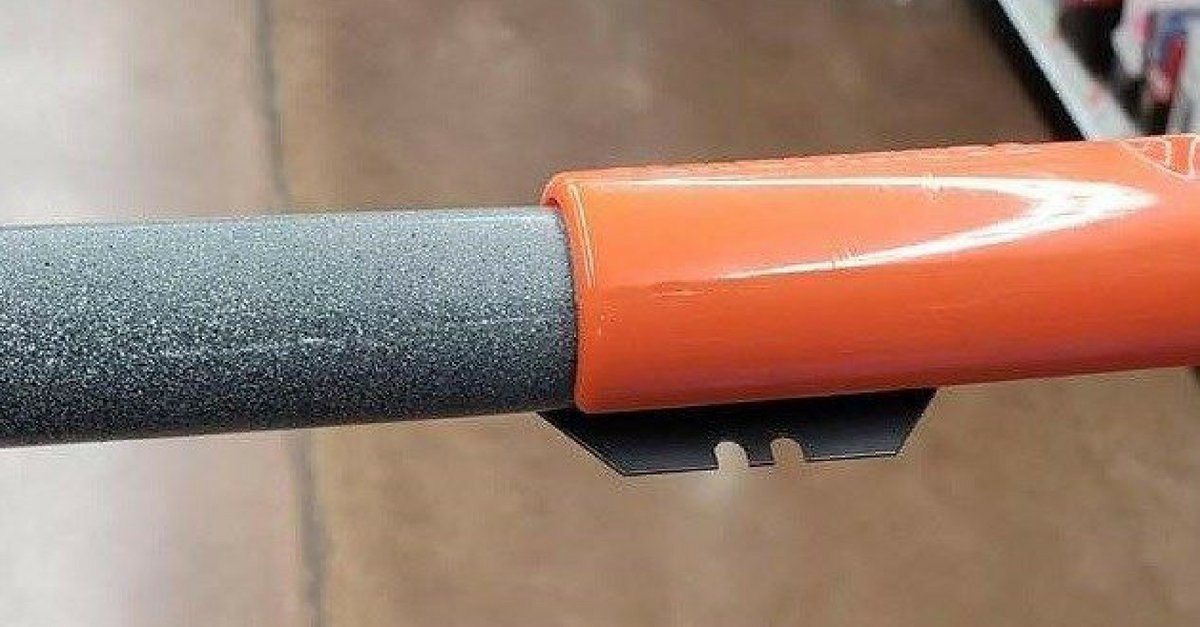 A woman in Wadsworth, Ohio, received the scare of her life when her husband was cut by a razor sticking out of a Walmart shopping cart.

The incident occurred at a Walmart located in the 200 block of Smokers Drive. Cheryl Johnson spoke with Cleveland 19 News, stating she and her husband, Mel, were shopping at night when her husband went to move an abandoned shopping cart out of the aisle. That is when Johnson felt a sharp poke and realized he cut himself with a razor that was sticking out of the shopping cart’s handle.

The blade, as shown in the picture taken by Cheryl, was upside down. Luckily, her husband was only pricked by its edge. The Johnsons reported it to Walmart staff and management and filed an incident report with the store. Johnson says she’s afraid this is something that might be going on nationally and is trying to alert customers as much as she can to avoid any more accidents.

When Walmart was reached for a comment, the corporate office confirmed the Wadsworth incident, stating razor blades being stashed in Walmart shopping cart handles is indeed something that is happening across the United States, at many retailers.

This isn?t the first incident that occurred at a Walmart. In 2015, a woman in Dawson was shopping at her local Walmart, when her son noticed something underneath the handles while using a wipe to clean the edges.

Lisa Zimmerman said her son told her something metal was poking out of the handle, and she discovered a long surgical razor blade, embedded in the handle. Zimmerman was terrified, saying she likely would have sliced her hand if she hadn?t wiped the handle with a sanitizing wipe before. Zimmerman?s local Walmart also responded to the incident, saying store workers immediately checked other shopping carts but found no other razor blades. The store also checked surveillance footage for potential suspects, but couldn’t find any information.

Now, why would someone put razor blades underneath handlebar carts? Simple. Walmart Inc. reports that a shoplifter might cut a security tag and stash the blade in the shopping cart handle to make it easier to avoid security cameras. The blade always seems to be stashed with the sharp side facing into the handle, ?so as to not to harm anyone.? (Well, at least these shoplifters are considerate of others, right?)

In the Johnson case, the company stated Walmart staff do conduct regular checks daily to search for other razor blades in shopping cart handles.

Fortunately, both individuals involved were not severely injured, but if you think about it, it could have been much much worse. To avoid situations like these, you might want to do regular checks beforehand by looking underneath the handlebar, and on the sides. If you have children, make sure and check before you put them in their seat. Not doing so can lead to potentially dangerous cuts, or lead to infections and diseases that can be a serious threat to public safety. It?s a crazy world we live in, people, we better check twice. Let’s have a pleasant shopping experience for all!