On Aug. 24, BuzzFeedBlue released a video called “Regular People Try Punching a UFC Fighter” and it lived up to its title, with emphasis on the word ‘try.’

These regular people had no idea what to expect and some of them had never even been in a fight before!

Krzysztof Soszynski aka KSOS is a retired Polish-Canadian mixed martial artist who last competed in the Light Heavyweight division of the Ultimate Fighting Championship. He was a regular on the circuit for 11 years. This guy is no joke!

“The rules are very simple,” KSOS says to the mere mortals hovering near him, “you have one minute to land a punch.” He adds that he’s going to do his best to avoid as many of these punches as possible.

RELATED: Conor McGregor fans get interviewed by Jimmy Kimmel only to be blindsided by this UFC fighter

First up was Zach, who was confident he would land at least one punch. Much to our surprise, Zach succeeded in landing two baby punches.

Next up, Morgan! She had no confidence that she would be good at this activity. She spent more time laughing and lunging than she did landing any good punches. She almost looked like she was dancing through the ring. A+ for effort.

Then there was pacifist Briana, who kept apologizing as she tried to hit KSOS. She’s a lover, not a fighter!

Dominic was up last and didn’t fare any better than his competitors.

It’s not as easy as it looks, eh guys? 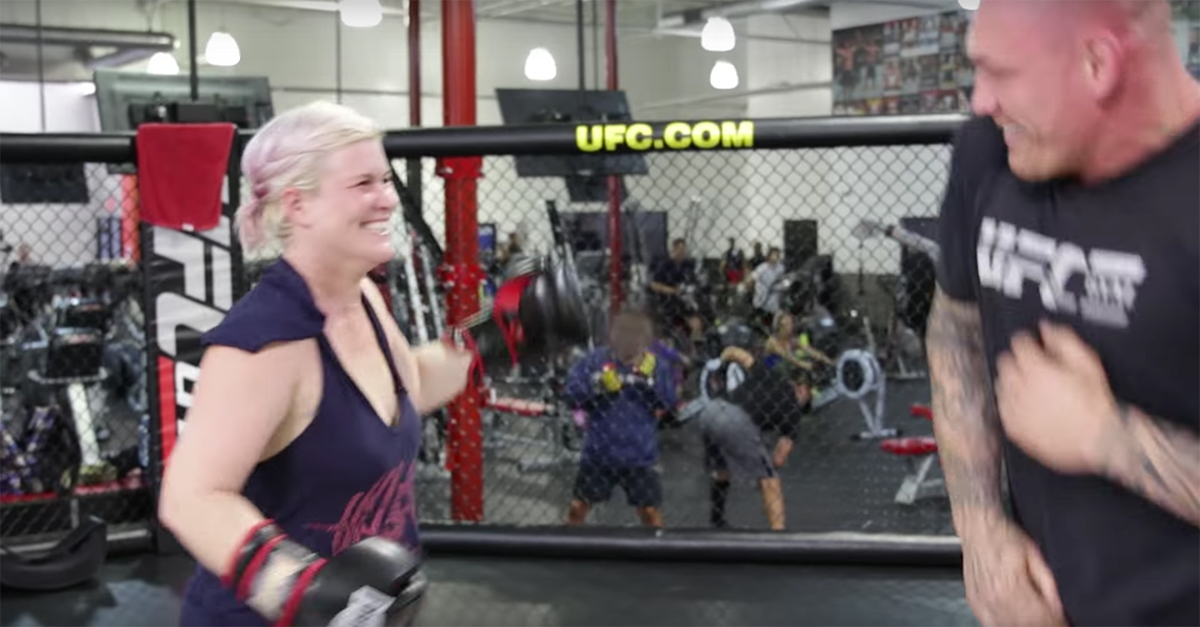