Remember that Rolling Stone “Rape on Campus” story? It’s not over yet 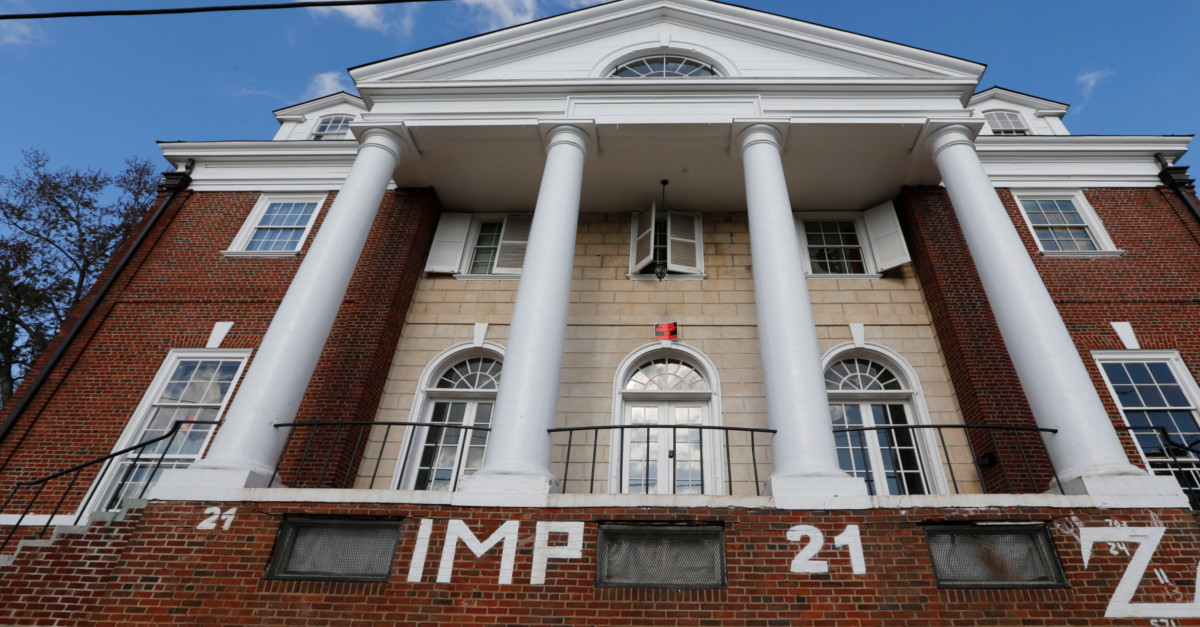 AP Photo/Steve Helber, File
FILE - This Nov. 24, 2014, file photo, shows the Phi Kappa Psi house at the University of Virginia in Charlottesville, Va. Greek organizations at the school have until Friday, Jan. 16, 2015, to agree to new drinking rules as a condition for ending a temporary ban on social activities, which UVa. President Teresa A. Sullivan imposed following a November Rolling Stone article describing a campus culture that fosters violence against women. The article was later discredited by the magazine's editors. (AP Photo/Steve Helber, File)

Lawyers from Rolling Stone magazine have moved to overturn a $3 million judgement in a defamation suit against the magazine, one of several filed in the wake of their now-retracted and widely discredited 2014 story “A Rape on Campus.” The story depicted the alleged fraternity gang rape of “Jackie,” a student in her freshman year at the university. Lurid, violent and shocking, the story swept the country, becoming Rolling Stone’s most-read piece without a celebrity. It didn’t hold up; after investigating, the Charlottesville Police Department said there was “no substantive basis to support the account alleged in the Rolling Stone article.”

RELATED: Expelled after a rape investigation, this man is back to challenge IU’s Title IX staff

The suit in question argued that Rolling Stone made “defamatory and false” statements about Associate Dean Nicole Eramo, the University of Virginia (UVA) administrator in charge of investigating rape and sexual misconduct cases on campus.

The lawsuit says Rolling Stone’s story was “the result of a wanton journalist who was more concerned with writing an article that fulfilled her preconceived narrative about the victimization of women on American college campuses, and a malicious publisher who was more concerned about selling magazines to boost the economic bottom line.” Eramo and her team sought $7.5 million in damages for “damages to her reputation and emotional distress.”

Lawyers for Rolling Stone are reopening the judgement to contest the finding that author Sabrina Erdely acted with “actual malice” in defaming Dean Eramo and failing to retract the piece even after she learned of the dubious nature of “Jackie’s” account. Actual malice carries a higher standard of evidence, and it means that Erdely deliberately used false information in her writing.