For Ireland-based viral video factory Facts, showing other cultures what Irish people are actually like is a constant goal.

Most of Fact’s videos feature people who were born and raised in Ireland trying foods and watching TV from around the world, then comparing such things to their Irish counterparts. One of Facts’ most popular videos features a bunch of Irish people munching down on foods that Americans believe are Irish staples.

RELATED: Not to be outdone by the Shamrock Shake, another fast food chain is offering a St. Patrick’s Day feast

The Irish people are given foods such as Lucky Charms cereal, corned beef and cabbage, haggis (which is Scottish) and Guinness beer. According to the Irish participants in the video, the foods that will pop up in bars and restaurants across the country for St. Patrick’s Day aren’t entirely accurate.

“Maybe Americans feel like this is the stuff we eat and that we’re all little red haired, green people,” one of the participants says. 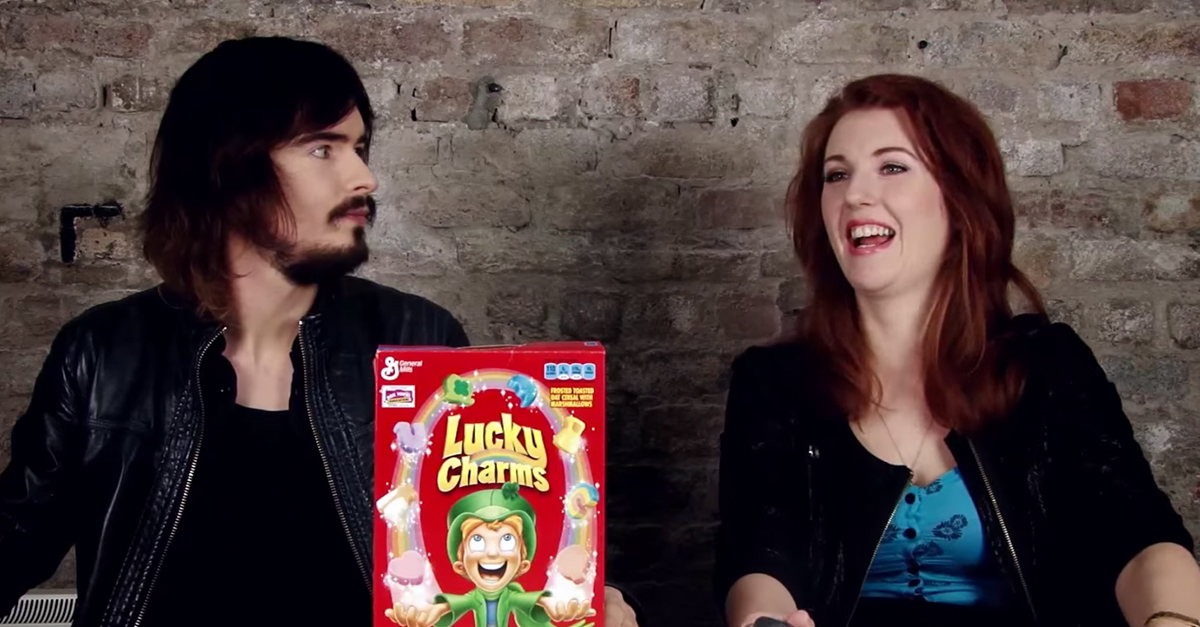