Retailers Pounce on New Opportunities After Toys R Us Closures 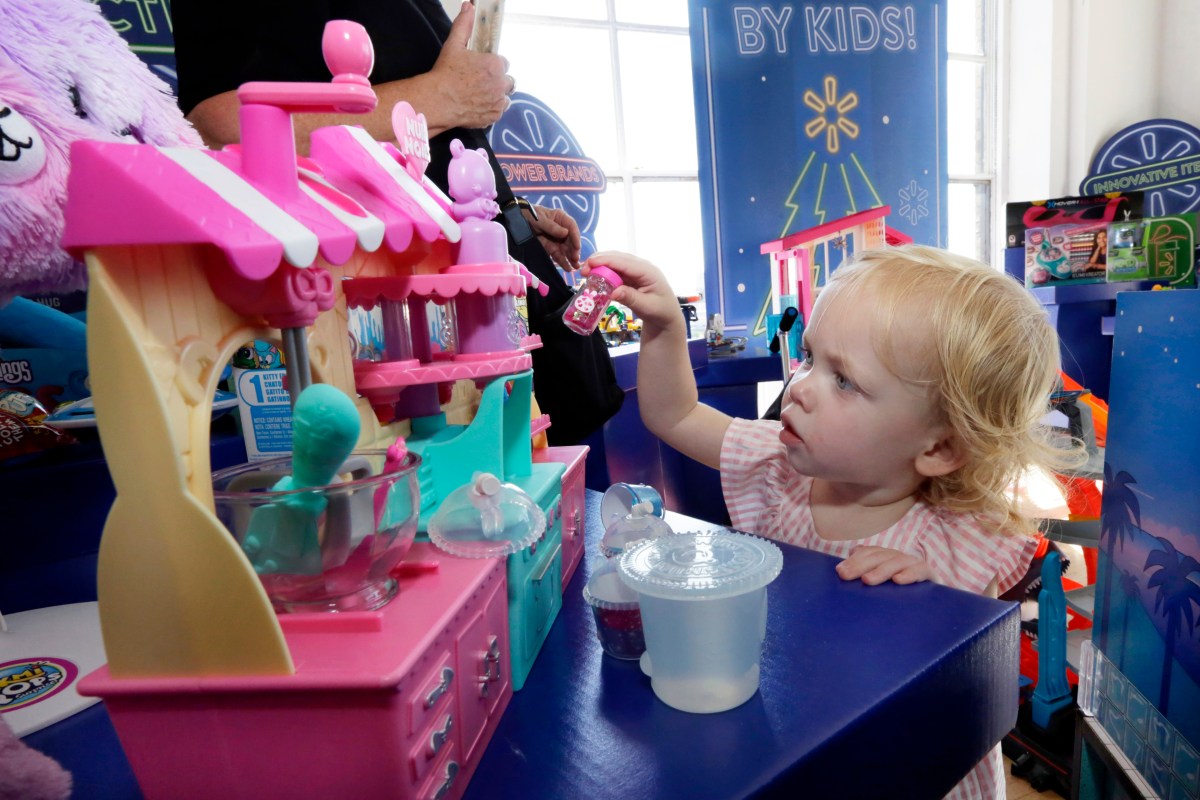 NEW YORK (AP) — When Toys R Us closed its doors, customers mourned the loss of a beloved brand that conjured memories of their own childhood.

Retailers, on the other hand, saw an opportunity.

Rather than cede any more ground to online behemoth Amazon, companies like Target, Walmart and Party City ramped up their offerings. Now, ahead of the pivotal holiday season, they’re going even further by focusing on making their stores a dynamic shopping experience. That means creating play areas for kids, offering demos of new toys and staging events like scavenger hunts in the stores.

Retailers are trying to grab a piece of the nearly $3 billion left on the table by Toys R Us, or 12 percent of the U.S. toy market, according to NPD Group Inc., a market research group.

Last month, Party City opened 50 Toy City pop-up shops that feature six-by-eight-foot Lego dinosaurs and other interactive displays. Walmart says 30 percent of its holiday toy assortment will be new. It will also offer 40 percent more toys on Walmart.com from a year ago. In November and December, the company’s toy area will be rebranded as “America’s Best Toy Shop.”

Starting in late October, Target will devote extra space at 500 stores located near former Toys R Us stores for bigger toys like electric cars, playhouses and musical instruments as well as adding nearly 200 more products. And 100 Target stores will see new layouts and fixtures in the toy area. The company is also expanding the number of kids’ events it hosts. Most recently, it had a Lego Minecraft event that featured a scavenger hunt.

At least one foreign toy retailer is looking into the U.S. market after the demise of Toys R Us. Mexico-based Distroller World, an experience-based retailer with more than 60 stores in Mexico and Latin America, is set to open its third store in the U.S. in October. And it will be approaching U.S. department stores to open shops to replicate its model in Mexico, says CEO Daryn Fillis. At the center of the experience: Parents and children create their own adventure to adopt an alien baby delivered in a space capsule.

“It’s all about the demonstrations, the hands-on experience,” said Jim Silver, editor-in-chief of TTPM, a toy review site. “When you get your hands on a toy and you can touch and feel, it does lead to greater sales. And those are the experiences that shoppers enjoy.”

Meanwhile, Amazon is reportedly planning a toy catalog to be distributed at its Whole Foods stores. The company declined to comment on the catalog, but analysts say Amazon could grow its market share in toys from 15 percent to 20 percent this year.

Toy sellers had been long taking advantage of Toys R Us woes, but it stepped up its efforts when the chain filed Chapter 11 in the fall of 2017 and accelerated the pace when the chain announced it was liquidating its operations in March. As of early this year, Toys R Us had more than 800 U.S. stores. It closed the last 200 stores at the end of June.

With reports of the retailer’s demise, there was an outpouring of nostalgia from shoppers, and some analysts credit that empathy for helping to drive an uptick in toy sales for the first half of the year. U.S. toy sales from January through June increased 7 percent to $7.9 billion, according to NPD. Last year, toy sales increased 1 percent to $20.7 billion from 2016.

“I am convinced that the strong toy industry growth so far this year has been at least partially supported by the empathy that people felt toward losing a store like Toys R Us,” said Juli Lennett, NPD’s senior vice president and industry adviser for toys in a statement. “I think it brought about an emotional response that resulted in parents buying more toys overall.”

Even FAO Schwarz is taking advantage of the nostalgia. The iconic toy store is set to reopen in November in Manhattan after shuttering three years ago.

The store will be staffed with theatrical performers and will feature new play areas like a mini grocery store where kids can buy pretend food made of wood. In another section, there’ll be a mechanic who will help kids build radio controlled race cars. FAO Schwarz is also bringing back the oversized piano made famous in the Tom Hanks movie “Big.”

Jessica McCune, 30, was a big fan of Toys R Us and she stocked up on a number of toys when the stores were closing. Although she said she plans to shift her toy shopping to Walmart, Target and Amazon, she still misses her old go-to.

“There’s a void,” she lamented. “It’s one less place dedicated to toys and babies.”

Read: Your kids will love these LEGO cakes, and you’ll love how easy they are to make