Sir Mix-a-Lot wrote “Baby Got Back” to proclaim his love for rear ends, among other things.

But an actual baby’s backside caused real problems in a Memphis vegan cafe, where one internet reviewer left a two-star Google review after allegedly being exposed to a child’s bare anus. And owner Kristie Jeffrey has responded, posting then deleting a fiery Facebook post that calls them out by name.

RELATED: A California woman didn’t order frog in her salad, but it came with one anyway

The reviewer, who left the name Chelsea Bartley, left this review for the Imagine Vegan cafe, claiming Jeffrey’s daughter Aspen got up close and personal during her meal:

During my visit, a bare butt naked baby was running around, stood up on a table with its black theyre so dirty feet, and bent over to show me it’s butthole. […] This is like while I’m eating, and it’s the owners kids […]

It didn’t stop there; in fact, the singing started there. The reviewer says one of Jeffrey’s other children came over and began yodeling at her.

An older kid came over and started like yodeling and staring at me during my meal. I was SO uncomfortable. Like I get it’s a family establishment and kids do weird things but naked baby was running around for like 15 minutes while all the workers started are just standing to the side talking and laughing over it.

In response, the owner took to the restaurant’s Facebook page, launching a tirade against “haters” who left bad reviews.

The post was up for several hours but was later deleted.

But Kristie Jeffrey does not apologize for the post or the alleged incident — though she contests the severity of the “butthole” story — and says she hopes that “haters” stay away. 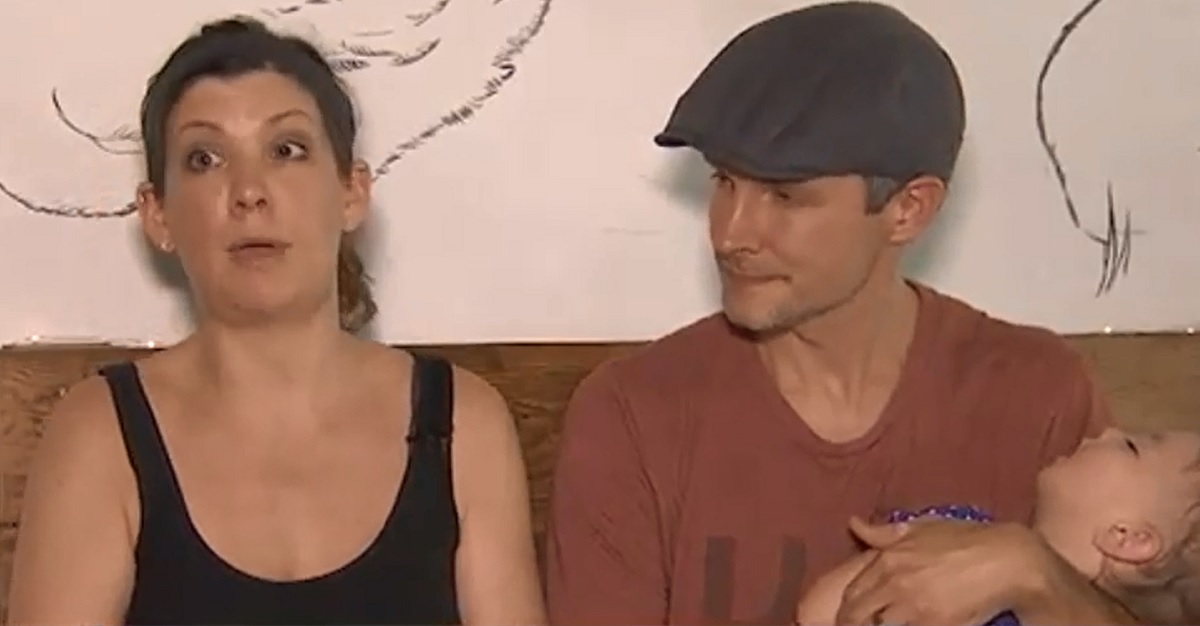