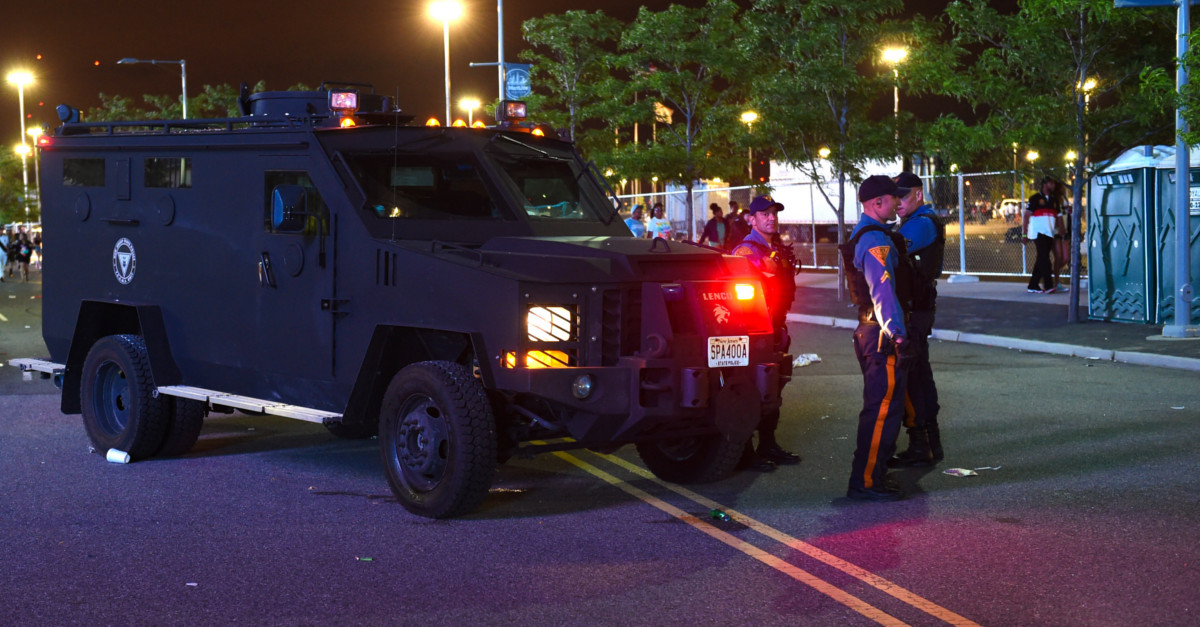 EAST RUTHERFORD, N.J. — A riot erupted outside of a concert at the MetLife Stadium in New Jersey on Sunday night after people reportedly tried to enter the sold-out Summer Jam concert illegally.

According to a statement on the New Jersey State Police Facebook page, people were trying to climb over fences and force their way through security.

As tension mounted, concertgoers started throwing bottles at officers in the parking lot. In response, state police shot several rounds of tear gas into the crowd.

An armored police vehicle was brought to the scene in order to sound an ear-piercing alarm with the hopes of dispersing the huge crowd.

One witness told the Asbury Park Press that a fight apparently broke out inside the venue saying, “I never experienced anything like that; I thought somebody might’ve had a gun.”

The fight began around 7 p.m. local time, according to APP, and wasn’t brought under control for another three hours.

The concert inside the stadium, which featured performers Chris Brown and Kendrick Lamar, continued despite the riots.

Police have not reported the exact number of people who’ve been arrested.