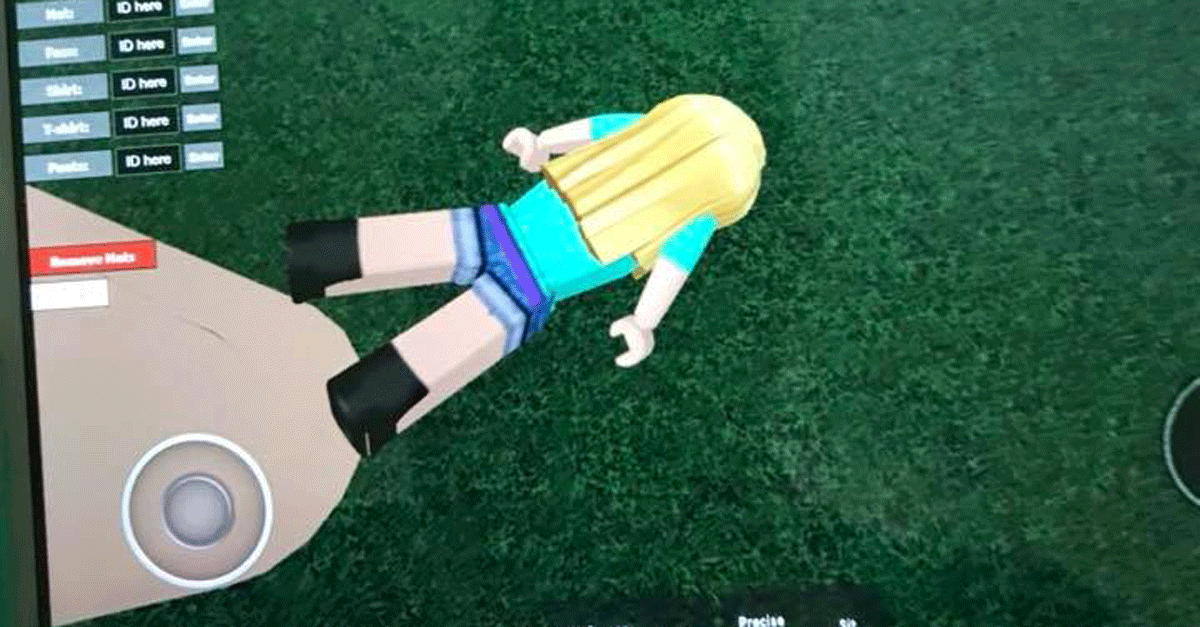 Parenting in the internet age is no easy task. With so much (often inappropriate) information available at our fingertips, it can be impossible to monitor or even restrict access for young users. Parental controls and settings are great, until they aren’t. Amber Peterson of Raleigh, North Carolina was horrified to learn this lesson the hard way as she watched three unknown users brutally attack her young daughter’s avatar on the popular game Roblox. She shared screenshots and her message because she wanted to raise awareness for other parents out there with children on the gaming platform, and it seems her message struck a chord.

Before we get into the story, though, here’s a quick recap on what Roblox is. It’s the world’s largest social platform for play and according to Recode, the online game has 64 million monthly players. Its audience is mostly younger kids and teenagers, with Recode pointing to “mostly kids around the age of 11”. Of course, when you mix younger players in with older ones, you have to worry about inappropriate content. That’s where privacy settings should come into play. What happens, though, when those account settings fail?

Amber Peterson watched daughter’s avatar get gang-raped in the game after simply entering a house with a playground in the virtual world during her video game experience. At first you might think that this couldn’t possibly be traumatizing, until you see the uploaded images by Amber. We’ve included them below, but take caution if you are reading this around children. Here’s Amber’s story in her own words.

WARNING: EXTREMELY GRAPHIC AND UPSETTING SCREENSHOTS IN THE COMMENTS. DO NOT VIEW WITH CHILDREN PRESENT. OR JUST TAKE MY WORD FOR IT AND SPARE YOURSELF ALTOGETHER. I am beyond disgusted to post these photos, but they provide the proof for what I am about to describe in case anyone suspects this could be a bogus story.

I’m struggling with where to begin here because I’m feeling quite traumatized and violated on so many levels. After what just took place this morning, I’m actually questioning whether or not I should allow my precious 7-year-old daughter to have access to a screen ever again. It’s THAT bad.

This horrifying experience involves the popular app Roblox, dubbed the “number one gaming site for kids.” With the second most accessible rating of PEGI 7, Roblox is recommended for children ages 7 and up and it currently has 64 million users. The game contains a multiplayer online gaming platform that allows users to create their own personal avatar, as well as their own adventures (similar to MineCraft). Roblox also provides the opportunity to interact with others’ virtual realities, which is a popular feature of this game.

Roblox also has security settings that allow the parent to block outside conversations and invitations. There are also 24-hour moderators that are hired to block any potentially inappropriate content. When my husband and I decided to allow our daughter to play this game, we adjusted the security settings to maximum privacy. Or at least we THOUGHT we did…

While laying in bed with my daughter this morning, I was reading aloud to her from one of my favorite childhood chapter books. At the same time, she was playing her favorite game Roblox on her iPad while listening to the story. All of a sudden, she stopped me from reading and showed me her screen.

At first, I couldn’t believe what I was seeing. My sweet and innocent daughter’s avatar was being VIOLENTLY GANG-RAPED ON A PLAYGROUND by two males. A female observer approached them and proceeded to jump on her body at the end of the act. Then the 3 characters ran away, leaving my daughter’s avatar laying on her face in the middle of the playground.

Words cannot describe the shock, disgust, and guilt that I am feeling right now, but I’m trying to put those feelings aside so I can get this warning out to others as soon as possible. Thankfully, I was able to take screenshots of what I was witnessing so people will realize just how horrific this experience was. *screenshots in comments for those who can stomach it* Although I was immediately able to shield my daughter from seeing the entire interaction, I am shuddering to think of what kind of damage this image could have on her psyche, as well as any other child that could potentially be exposed to this.

Parents/Caregivers…not only do I urge you to DELETE THIS APP, I hope you will take another look at all of your devices and their security settings. Better yet, perhaps you can join me in taking the rest of this summer to challenge your child to PUT AWAY THEIR SCREENS….AND READ!!! Books cannot be hacked, but sadly, I’ve learned the hard way that a child’s innocence can be just at the touch of a button.

Also, I urge people to share this post to get this important message out to others. I’m not sure that I’m prepared for all of the trolling and criticism, but I’ll deal with it knowing that even one child can be spared from experiencing such a hideous situation.

Thank you for your time.

Here are screenshots of the online interactions she describes. Though it’s animated in the online world of Roblox, please take caution around young children.

Can you imagine this in-game experience if you were a kid under 13 and just playing to have fun? How could you even know if your account restrictions were changed or turned off unexpectedly? This seems to be the case, as Petersen told WRAL, “We had set up all of the privacy settings and somehow things got reset.”

Now, Amber is calling for a boycott of Roblox.com and its multiplayer game, but is also calling on Roblox to address this issue, especially because it markets the game toward young players. Cyber safety is more than just not talking to strangers, sometimes it’s simply avoiding spaces where online safety can be broken, like the Roblox community. No matter how many safe-chat settings or parents guides you create, things can always slip through.

Do you know any young kids that play Roblox? If so, make a point to stress that they should only accept requests from real life friends and never enter personal information online. As for the privacy settings, you should check them regularly to be sure they are in place.