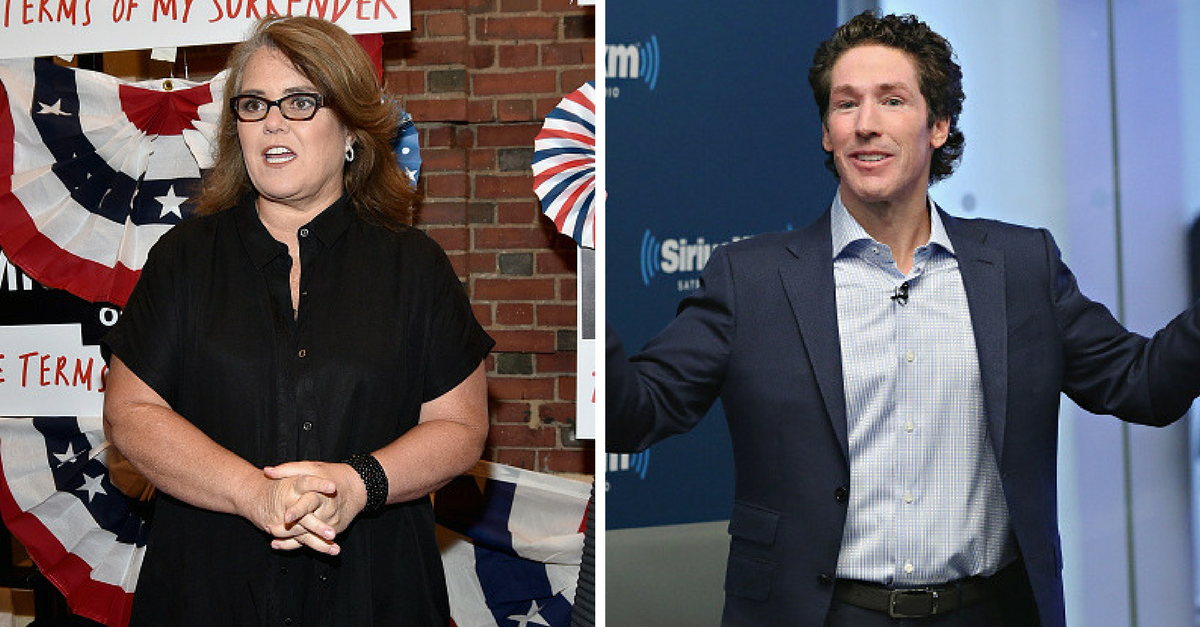 Rosie O’Donnell took to Twitter on Wednesday to implore Houston pastor Joel Osteen to be more like Jesus following his “TODAY” interview during which he disputed reports that his megachurch turned away Hurricane Harvey evacuees.

“hey @JoelOsteen – when u mess up – fess up ask god for forgiveness – then ask the people of texas be humble joel – be human – be like JC,” O’Donnell tweeted in response.

“[The city] didn’t need us as shelter then,” Osteen said on “TODAY” in attempt to explain why his megachurch failed to open its doors until it received public pressure and media attention. “If we needed to be a shelter, we certainly would’ve been a shelter right when they first asked.”

RELATED: Joel Osteen makes haste to save face on “GMA”

“Once they filled up, they never dreamed that we’d have this many displaced people, [and] they asked us to become a shelter,” Osteen continued. “I think this notion that somehow we would turn people away or we weren’t here for the city is about as false as can be.”

Osteen was on the receiving end of major backlash from social media users over the weekend after word got out that he had not offered his 16,800-capacity church to those escaping the storm. He later tried to save face by blaming the city of Houston for failing to ask him to do so. Clearly, O’Donnell isn’t buying it and thinks he should “fess up” and apologize.

RELATED: Joel Osteen changes his mind about his closed megachurch