Roy Moore’s 9th accuser speaks out: “he wanted to take my power so he could feel powerful” 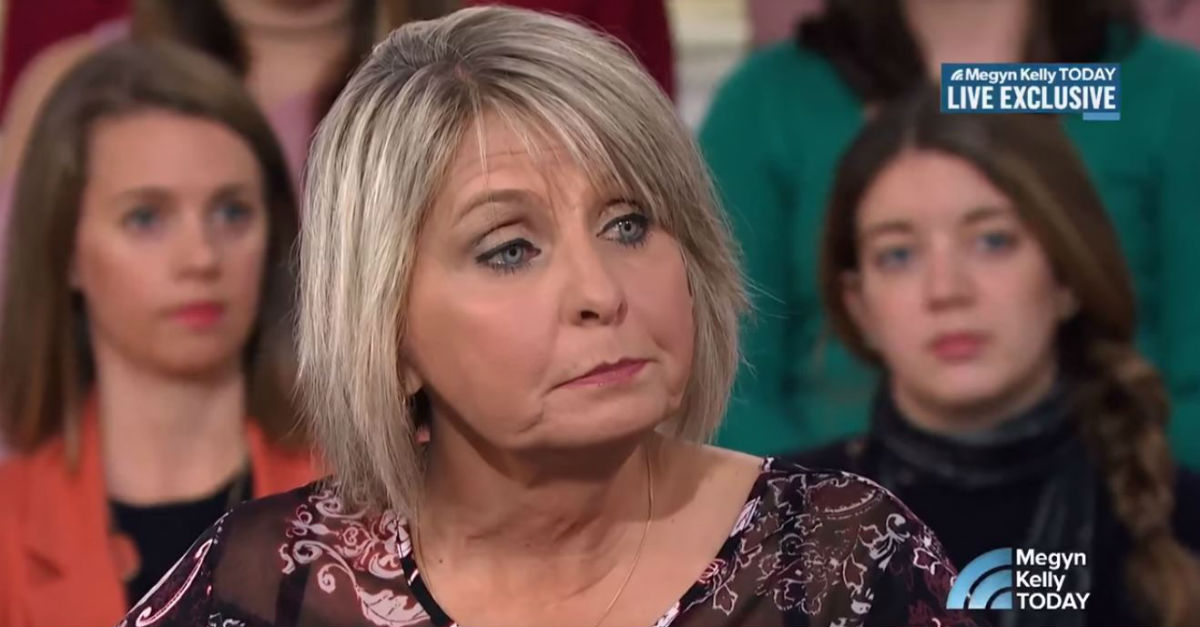 Alabama Senate candidate Roy Moore’s battle for credibility continues to rage as a ninth accuser comes forward to tell her story about the former lawyer.

Tina Johnson was 28 years old when she visited Moore in Alabama while he was a lawyer handling the custody case involving her son. On Friday, Johnson visited Megyn Kelly Today to tell her story, saying that from the moment she walked into Moore’s office, he began flirting with her. She claims “he got out of his desk and sat on the end,” Johnson said he was so close she could smell his breath.

As she was leaving the office, she says that Jones grabbed her, telling Kelly “he just grabbed my behind. I mean, forcefully grabbed it. And I didn’t even react. I just walked out.” On the verge of tears, Johnson said that she was “so ashamed” after she left the office, adding “I thought the dress I had on was inappropriate — it was long, it was down to my knees.”

Kelly asked her guest if she was a “political person” but Johnson answered “no” saying that she has no political motivations and that she decided to tell her story after hearing the allegations that Moore pursued 14-year-old girls while he was a 32-year-old attorney. She said that the reaction from her friends has been “not too good” adding “where I’m from, you don’t talk like this. You don’t air your dirty laundry.”

RARE OPINION: What do you do with a problem like Roy Moore?

But the most powerful line from Johnson’s testimony was delivered at the end of her interview, when she says “I was vulnerable from the start and he was in a position of power” and speculating “he wanted to take my power so he could feel powerful.”

Roy Moore's wife Kayla goes after the Washington Post: "They print whatever anyone says without checking to even see if it is correct." pic.twitter.com/6eWkpWoGAc

Just after Megyn Kelly’s show aired, Roy Moore’s wife, Kayla, told a crowd of supporters that her husband has no intention of stepping down. She characterized the attacks against her husband as being waged by some distant media mob, saying her family “has been inundated with so much positive response from the people of Alabama” adding “most of the negative is from out of state.” She then fired at the Washington Post saying “they print whatever anyone says without checking to even see if its correct,” Politico reports. But she also thanked Moore’s constituents, saying “to the people of Alabama, thank you for being smarter than they think you are. They will call you names. They will say all manner of evil against you, and I would say consider the source.”

Moore has constantly denied the allegations against him, when one woman produced a yearbook bearing his signature, his lawyers said that it was a fake. When the Washington Republican establishment pulled their support for him and even suggested that he get out of the race, Moore fought back, unleashing a series of nasty tweets at Mitch McConnell. The White House has taken a neutral stance, saying they are leaving the vote up to the citizens of Alabama. But, while her father is staying silent, Ivanka Trump did say that she has no reason to doubt Moore’s accusers, adding “there’s a special place in Hell for people who prey on children.”