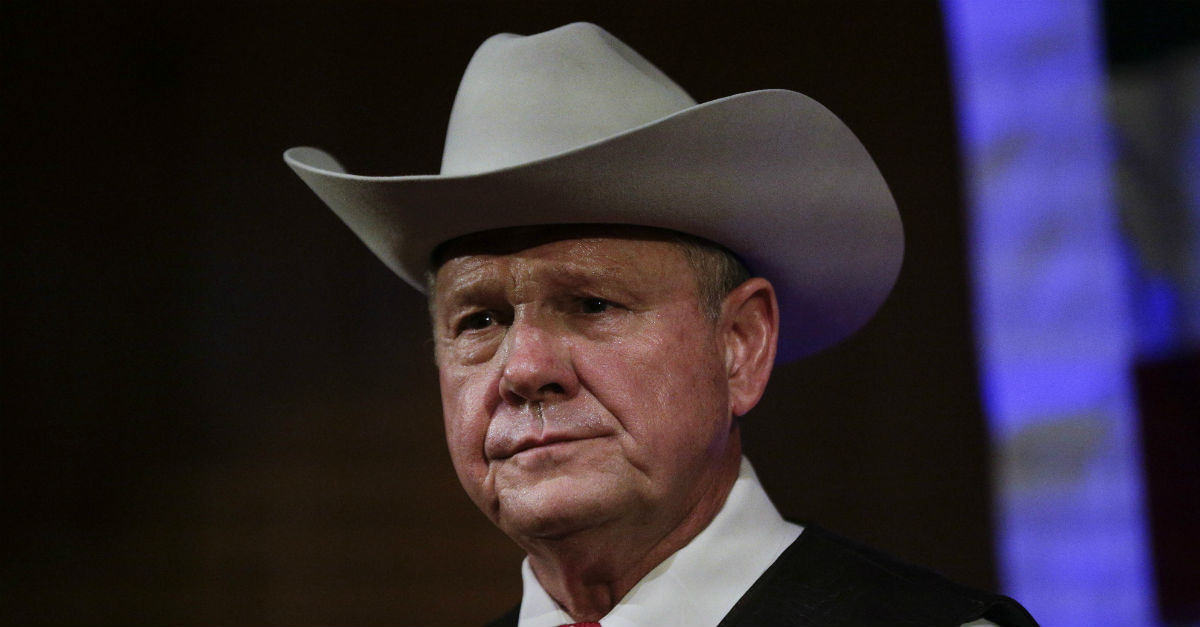 On Monday, 27-year-old Caleb Moore, the son of Alabama senate candidate Roy Moore, was arrested for the ninth time.

Moore turned himself in to police on a charge of third-degree criminal trespassing; the arrest is related to a 2016 incident in which he was charged with hunting without permission, AL.com reported. Moore’s arrest history includes drug charges in 2015, and DUI charges in Alabama and Florida.

The 2015 drug possession charges against Caleb Moore were dropped after he agreed to attend a pre-trial diversion program. He also has three drug-related arrests in three different Alabama counties, according to AL.com.

RELATED: Roy Moore’s victory in Alabama shows conservatives are all about the culture war now

Roy Moore is a former Alabama Supreme Court judge and is running for the senate seat left vacant by Attorney General Jeff Sessions’ move into the Trump cabinet. In the primary race, Moore enjoyed the backing of the populist wing of the Republican party, including an endorsement from former White House Chief Strategist Steve Bannon. President Trump and the GOP establishment pushed for Moore’s competitor, Luther Strange.

Moore’s democratic opponent in the December 12 special election is Doug Jones, a former U.S. attorney. The Republican is leading in almost all polls.

At the time of publication, Moore’s campaign has not returned a request for comment.