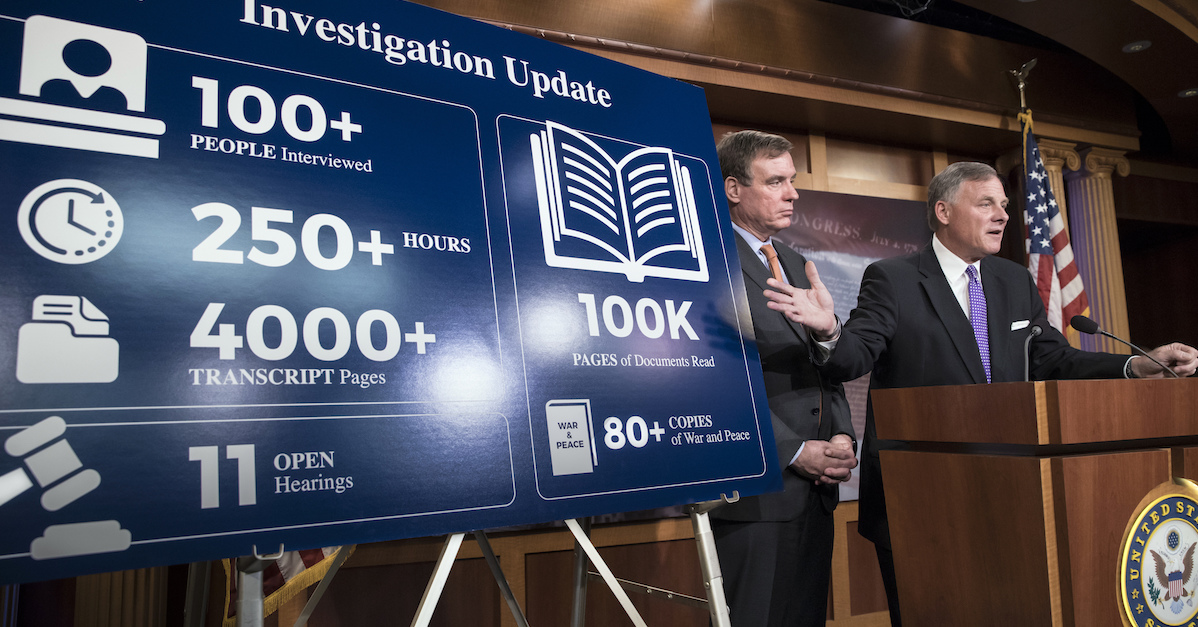 AP Photo/J. Scott Applewhite
Senate Select Committee on Intelligence Chairman Richard Burr, R-N.C., speaking at far right, with Vice Chairman Mark Warner, D-Va., left, updates reporters on the status of their inquiry into Russian interference in the 2016 U.S. elections, at the Capitol in Washington, Wednesday, Oct. 4, 2017. Burr says the committee has interviewed more than 100 witnesses as part of its investigation and that more work still needs to be done. (AP Photo/J. Scott Applewhite)

Social media users might be shocked to hear just how much Russia has been influencing their feeds.

While most of the ongoing Congressional probe is focused on Russia’s alleged interference in the 2016 election, the information trickling out provides insight into how much sway tech and social media giants have over the information everyone consumes on a daily basis. For once, Congress isn’t trying to solve a boring regulatory problem users wouldn’t care about, it’s a matter of uncovering serious foreign espionage.

Facebook ads bought by Russia-linked entities targeted far more than just Michigan and Wisconsin, the two states originally listed in media reports, both of which were crucial to Donald Trump’s win last November.

“It seems that the overall theme of the Russian involvement in the U.S. election was to create chaos at every level,” Senate intelligence committee Chairman Sen. Richard Burr said Wednesday.

Execs from Google’s Alphabet, Facebook and Twitter have all been asked to testify in an open hearing Nov. 1 with the Senate Intelligence Committee. Facebook announced Oct. 4 it will be there. Here’s what we hope to hear more about: