Menu
Follow us
Search
Menu
Search
Sen. John Glenn talks, via satellite, with the astronauts on the International Space Station, before the start of a roundtable discussion titled "Learning from the Past to Innovate for the Future" Monday, Feb. 20, 2012, in Columbus, Ohio. Glenn was the first American to orbit Earth, piloting Friendship 7 around it three times in 1962, and also became the oldest person in space, at age 77, by orbiting Earth with six astronauts aboard shuttle Discovery in 1998. (AP Photo/Jay LaPrete)

Glenn, who became the fifth person in history and first American to enter outer space in 1962 has been at a Columbus, Ohio, hospital for several days.

RELATED: WWE Hall of Famer and sports entertainment legend reportedly only has a few months to live

Steve Koff of Cleveland.com first reported that Glenn’s health was declining in an article on Wednesday.

“Glenn had heart-valve replacement surgery at the Cleveland Clinic in 2014 and suffered a stroke, but the exact illness leading to his hospitalization has not been disclosed,” Koff reported on Wednesday.

“His health, including his eyesight, has declined in recent years.”

Glenn was first elected to the  United States Senate in 1974. He retired from public service in 1999, shortly after he became the oldest person to ever enter outer-space. 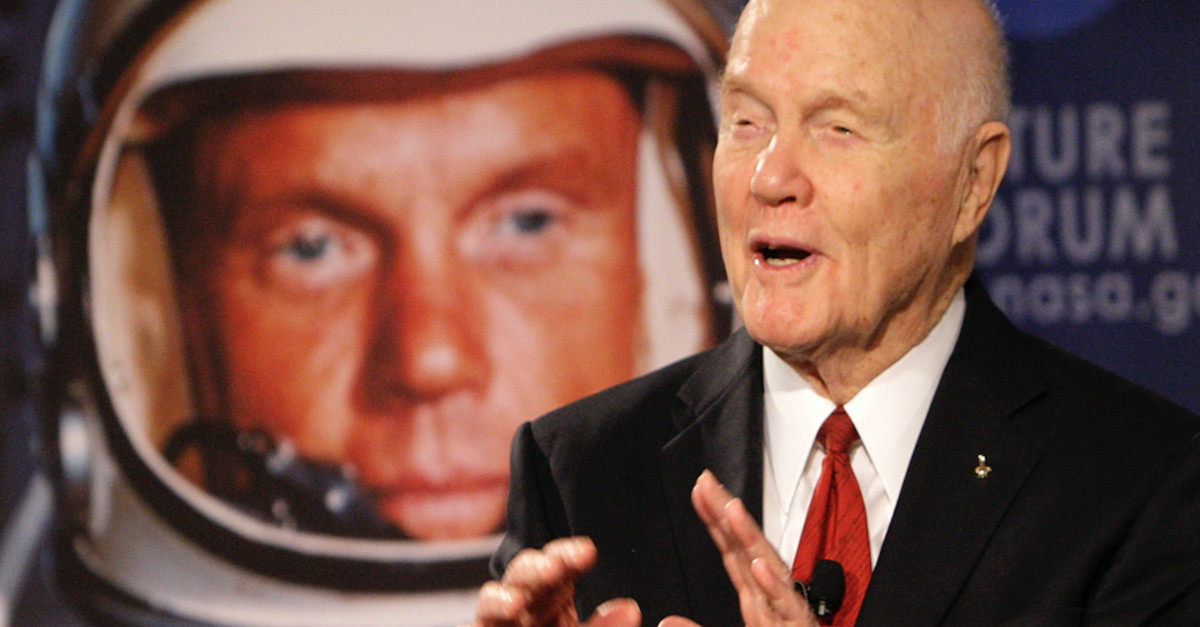