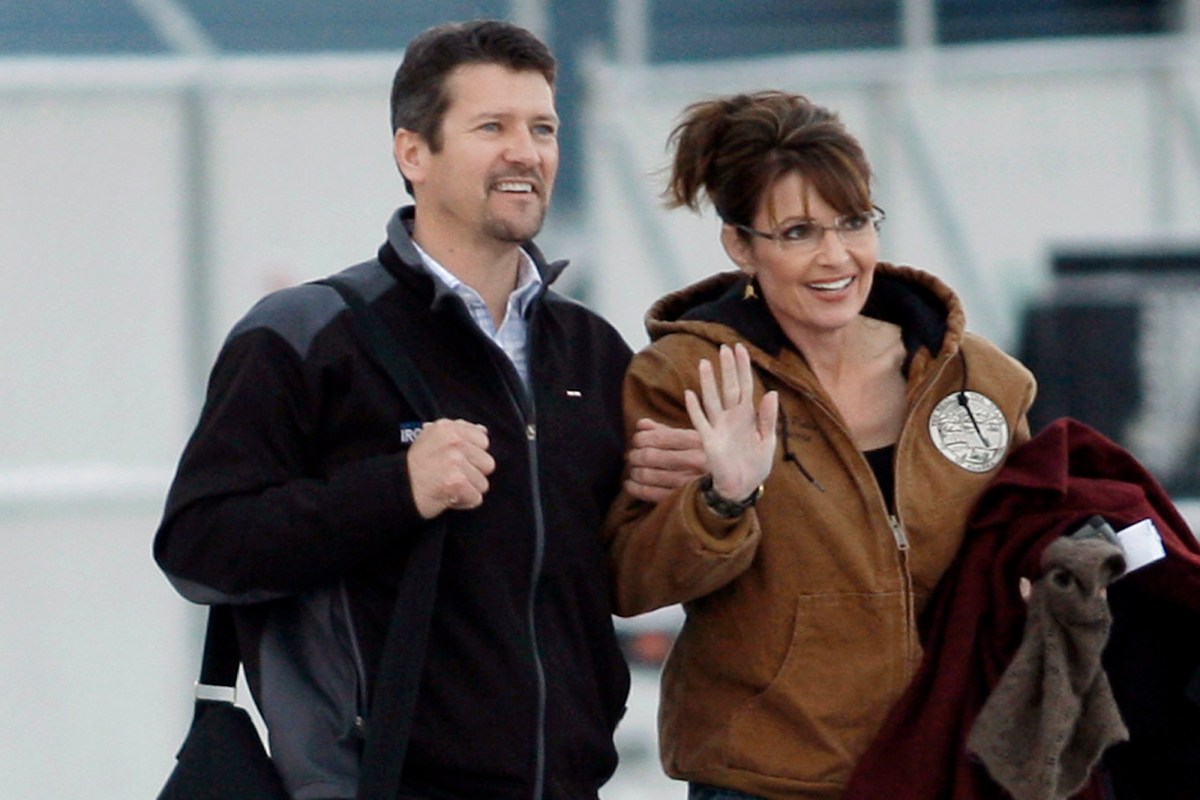 Sarah Palin’s husband, commonly referred to as “Alaska’s first dude” when she was governor, appears to be seeking a divorce from his wife of 31 years.

Paperwork believed to be from Todd Palin cited “incompatibility of temperament” in seeking to end his marriage to the 2008 Republican vice presidential nominee.

The filing Friday in Anchorage Superior Court only identified the couple by initials. The initials, birthdates and wedding date match the Palins, as does the initials given for their only young child.

The Palins married in 1988. After Sarah Palin became governor in 2006, Todd Palin continued to fish commercially and work an oil field job on the North Slope. Their lives were ever changed after Republican presidential candidate John McCain picked Sarah Palin as his running mate.

During her speech to the Republican National Convention, Palin said of her husband: “We met in high school, and two decades and five children later, he’s still my guy.”

But the family is no stranger to domestic upheavals, starting with the news soon after she joined the McCain ticket that her then-teenage daughter, Bristol, was pregnant.

More recently, the couple’s eldest son, Track, served less than two months at an Anchorage halfway house after a conviction for assaulting his father in 2017.

Track Palin also was accused of punching his then-girlfriend in 2016. He pleaded guilty to misdemeanor possession of a firearm while intoxicated, and other charges were dismissed.

A brawl broke out at an Anchorage house party involving members of Sarah Palin’s family in 2014, with allegations that Bristol Palin punched the host several times in the face. No arrests were made, and no one wanted to press charges, according to a police report.

In the divorce filing believed to be from Todd Palin, he seeks joint custody of the child living at home. He also wants an “equitable division” of marital debts and assets.

“There is an incompatibility of temperament between the parties such that they find it impossible to continue to live together as man and wife,” the complaint said.

Kimberlee Colbo, an Anchorage attorney for the plaintiff, didn’t immediately respond to requests for comment Monday. She filed paperwork to keep the divorce confidential to protect the privacy of the child.

Fairbanks attorney John Tiemesen has represented the family in the past and said that he knew nothing about the divorce papers until he saw Medred’s article Monday.

Watch: AN ALASKA MAN KILLED A CHARGING BROWN BEAR WITH A 9MM PISTOL