Emotional Douglas High students are rallying together with #NeverAgain campaign 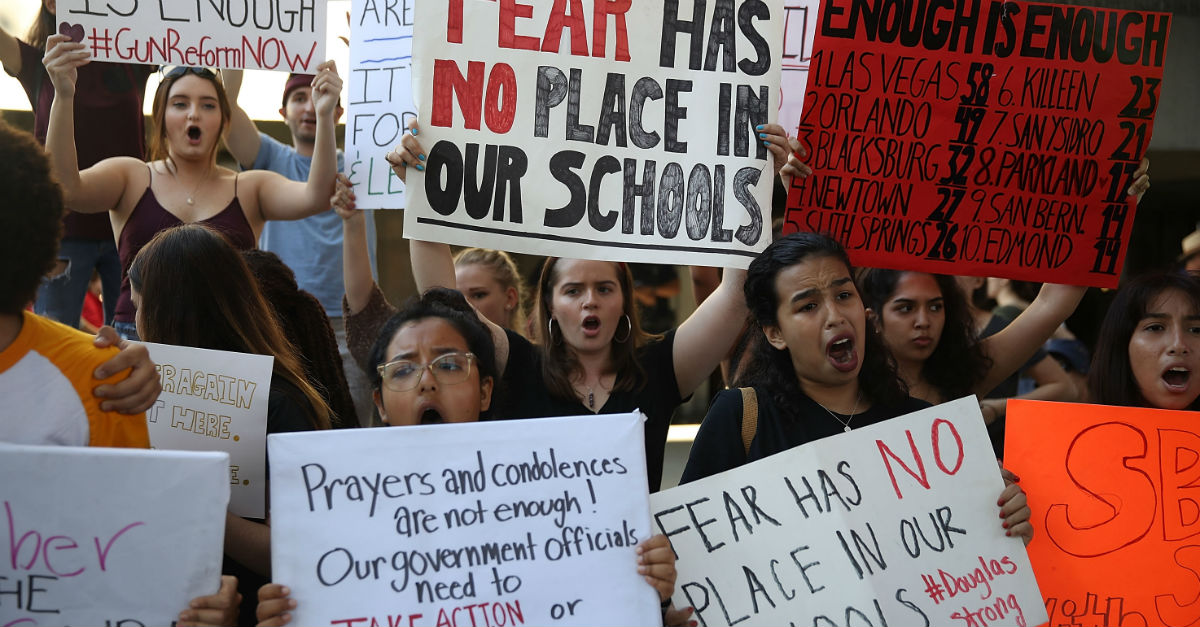 Students at a Michigan high school have taken action following a mass shooting at a Parkland, Florida high school.

Last week, authorities said 19-year-old Nikolas Cruz killed 17 people at Marjory Stoneman Douglas High School in Parkland. Cruz was formerly a member of the school’s JROTC program. The shooting at the school marked the 25th American school shooting in which someone was killed since the devastating 1999 shooting at Columbine High School.

“Adults have failed us,” the petition read. “Everyday, we students walk into school with the promise of an education without threat of violence. However, it has become increasingly clear that hallways of schools across America are no longer a guaranteed safe haven. Whether it’s an elementary school in small-town Connecticut or a high school in Florida, it’s become apparent that school shootings are becoming an expected part of American life.”

“While most students cannot vote, we are not voiceless to our society,” the petition explained.

Students of Douglas High are turning anger and grief into activism

The petition was addressed to Rep. Fred Upton (R-Mich.).

The Michigan students weren’t the only ones deciding to call for action.

According to NBC 6, hundreds demonstrated in Florida in support of stricter gun laws. In attendance were students at the Marjory Stoneman Douglas High School.

RELATED: We now know chilling details about the Florida shooter’s activities before and after the massacre