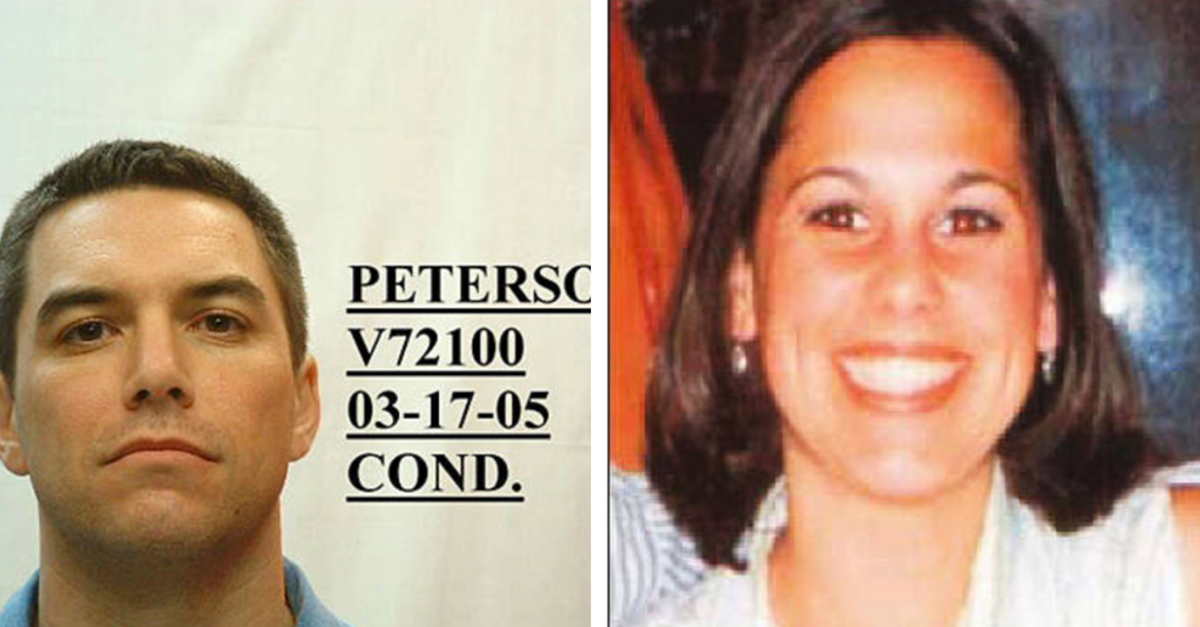 Nearly 15 years after Modesto, Calif., resident Laci Peterson disappeared on Christmas Eve 2002, questions still abound regarding her death. Peterson and her unborn son were found dismembered in April of 2003.

For several years, the public watched as Peterson’s husband, Scott Peterson, went from grieving husband to cocky defendant to inmate.

During a recent phone call with his sister-in-law, published by “Today,” Scott maintained his innocence.

?I wasn’t the last one to see Laci that day. There were so many witnesses who saw her walking in the neighborhood after I left,? he said. ?The police failed to find my family.?

The year after his wife’s body was found, Scott was convicted of the double murder of his wife and their unborn son. Peterson said he had no idea he would be convicted.

RELATED: A Charlottesville restauranteur says he received threats from neo-Nazis after he kicked them out of his establishment

?I was staggered by it. I had no idea it was coming,? he claimed.

Earlier this week, A&E began airing a six-part series devoted to examining the Peterson case. ?The Murder of Laci Peterson” contains rarely seen interview footage with Laci’s family, including a conversation with her mother, Sharon Rocha. Rocha detailed the pain she felt over her daughter’s death.

?It?s sad you have to visit your child at a cemetery, that anybody should have to do that. [I go there] just to have a little peace, many times, when I find myself getting really, really upset about what has happened,” she said. “It seems a little odd, but it?s almost as if she?s saying, ‘Mom, it?s time to go out to visit me.’ If I go out there, for some reason, it calms me down, and I feel much better afterward. That?s my therapy.?

Scott Peterson was sentenced to death by way of lethal injection for his crimes. He will executed by 2021, pending an appeal.