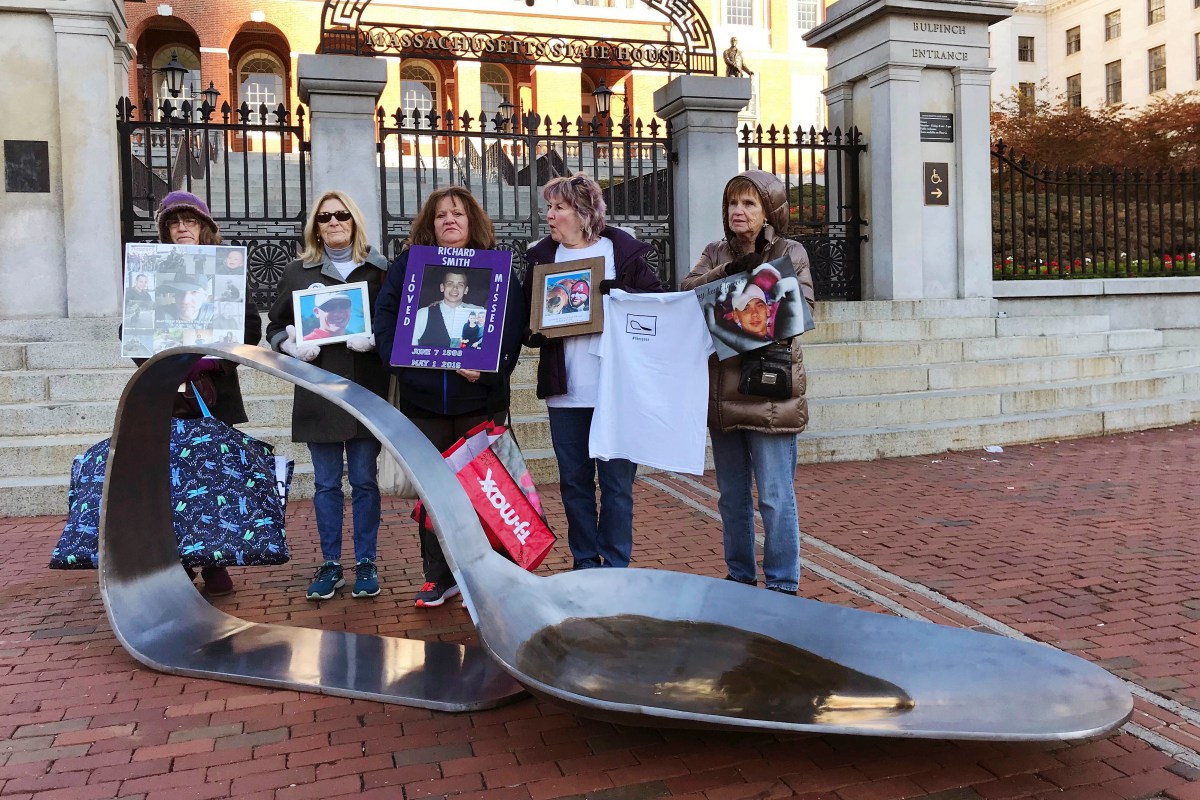 BOSTON (AP) ? A giant heroin spoon sculpture that was placed outside a drugmaker’s Connecticut headquarters last summer to protest the opioid overdose crisis made a brief stop at the Massachusetts Statehouse on Friday.

The goal of the nonprofit group The Spoon Movement was to “protest and hold accountable the people who in our minds have created this epidemic that has killed close to 300,000 people,” Esposito said before reloading the sculpture on a truck. It was not immediately known where it would go next.

Unlike a stunt in June when the 800-pound (363 kilograms) spoon was placed outside Purdue Pharma’s Stamford, Connecticut, headquarters, Esposito and Alvarez said the spoon was primarily brought to Boston as a “gift” for Massachusetts Attorney General Maura Healey.

Esposito, whose brother has struggled with addiction, said Healey had been a strong advocate for people affected by the opioid crisis.

Alvarez was arrested on a misdemeanor charge of obstructing free passage during the earlier protest at Purdue Pharma. A judge agreed last month erase the charge from Alvarez’s record if he successfully completes a one-year probationary period.

Several mothers who have lost children to fatal overdoses stood beside the sculpture on Friday, some holding photos of their loved ones, as curious passers-by stopped to watch on Beacon Hill.

Healey, a Democrat, was not at the event. In June, she sued Purdue Pharma, the maker or the prescription opioid painkiller OxyContin, and a number of its current and former executives. The lawsuit accused the company of spinning a “web of illegal deceit” to fuel the deadly drug abuse crisis while boosting profits.

Purdue Pharma has said it “vigorously” denies allegations that its marketing of OxyContin contributed to the crisis.

The company has also been sued by other states and local governments, but the Massachusetts complaint was the first to personally name company executives.