Update! Secretary of State Rex Tillerson released a statement on the attack:

Statement from Secretary of State Tillerson on London incident: pic.twitter.com/C18G48JNew

On behalf of the United States, I express my condolences to the victims and their families. The American people send their thoughts and prayers to the people of the United Kingdon. We condemn these horrific acts of violence, and whether they were carried out by troubled individuals or by terrorists, the victims know no difference.

An attack was carried out in front of British Parliament on Wednesday. Authorities have officially called it a terrorist attack.

While a cohesive story is still developing, some aspects currently include a car driving into pedestrians, a man with a knife and a gunshot.

At least four people, including a police officer, are said to have died, with many more injured at the time of writing of this story:

A/Dep Cmsr Rowley “Sadly, I can confirm that four people have died including one police officer" #Westminster

RELATED: There has been an apparent terror incident in London outside the House of Parliament

White House Press Secretary Sean Spicer gave an update regarding the attack during a daily briefing:

Press Sec.: "The president has been briefed on the situation in London. He just spoke to Prime Minister May." https://t.co/6ilOxFW6C0 pic.twitter.com/7EuAu4iQq6

Spicer announced that President Trump was briefed on the attack and had already spoken to Prime Minister Theresa May.

“We condemn today’s attack in Westminister,” he said.

Spicer applauded Brtish authorities for their work immediately after the attack and pledged the White House’s full support. 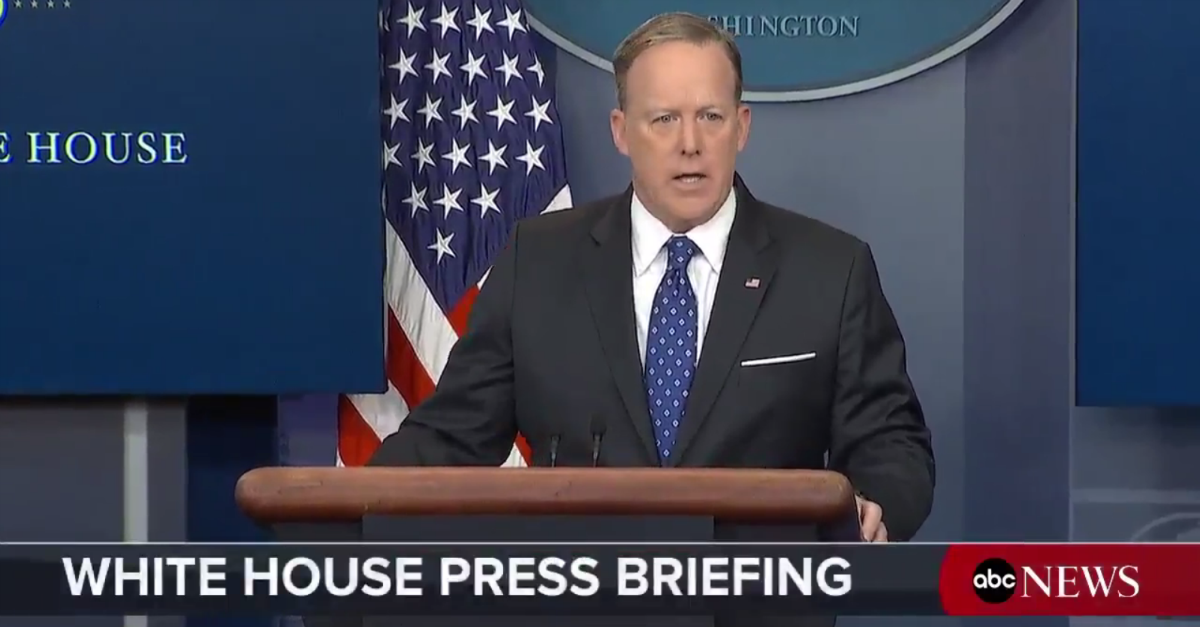