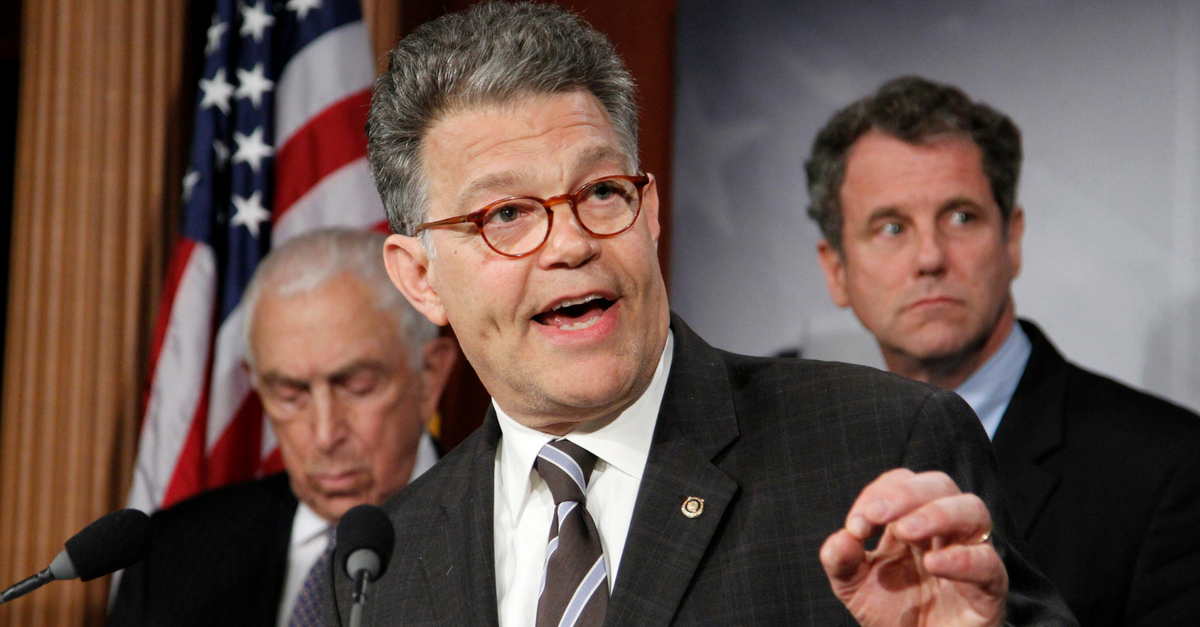 Hours after sports commentator Leeann Tweeden accused Democratic Senator Al Franken of groping and kissing her without her consent, another woman is stepping forward with harrowing claims about the man.

“Yes, it’s true. I was stalked and harassed by Al Franken,” Media Equalizer and Media Equality Project Co-Founder Melanie Morgan tweeted on Thursday. “I will have details @MediaEqualizer shortly.”

RELATED: Al Franken tries to explain himself after the world sees a photo of him groping a woman

She then recounted her story, saying she appeared on a 2000 episode of ABC’s late night show Politically Incorrect alongside Franken, William Baldwin, and then-Colorado Lt. Governor Joe Rogers.

“I was invited and unaware of who his guests were going to be that night. I’ve since learned that though few know this, Al Franken was actually a writer for the show,” Morgan said. “I made a statement about the budget numbers, Franken challenged me, I challenged him back. It was about spending priorities, actually just a mundane discussion. But he obsessed over it.”

After the show, he reportedly wouldn’t leave her alone:

He approached me backstage, angrily called me out on those numbers and insisted he would prove he was right. He wouldn’t leave me alone, he kept following me. As a woman, his presence and proximity to me felt very threatening and intimidating. I didn’t realize his creepy behavior after the show meant it would continue in the days to come. He approached Carol, the show’s producer and demanded my home phone number, which was a clear violation of network protocol. I had thought that was the end of the story and was shocked when he started calling my home, badgering me repeatedly. I became fearful and called Carol to complain and asked her to tell him to back off. But he made another call after that. I thought that he might end up stalking me at my home in Northern California, it was that bad. By the third phone call I was outraged and terrified, as he is really disturbed.

RELATED: Video footage shows Al Franken on stage with the woman who accused him of sexual assault

Eventually, Franken stopped his behavior after Morgan threatened to call the police and report that he was harassing her. However, the disturbing incident still haunts her.

“I never forgot that experience and it informed me of his lack of character and obsessive personality. I believe every word Leann wrote,” she said before addressing Senate Majority Leader Mitch McConnell’s call for an investigation into the senator. “I will happily testify before the Senate Ethics Committee, should a hearing be held regarding Franken’s behavior.”