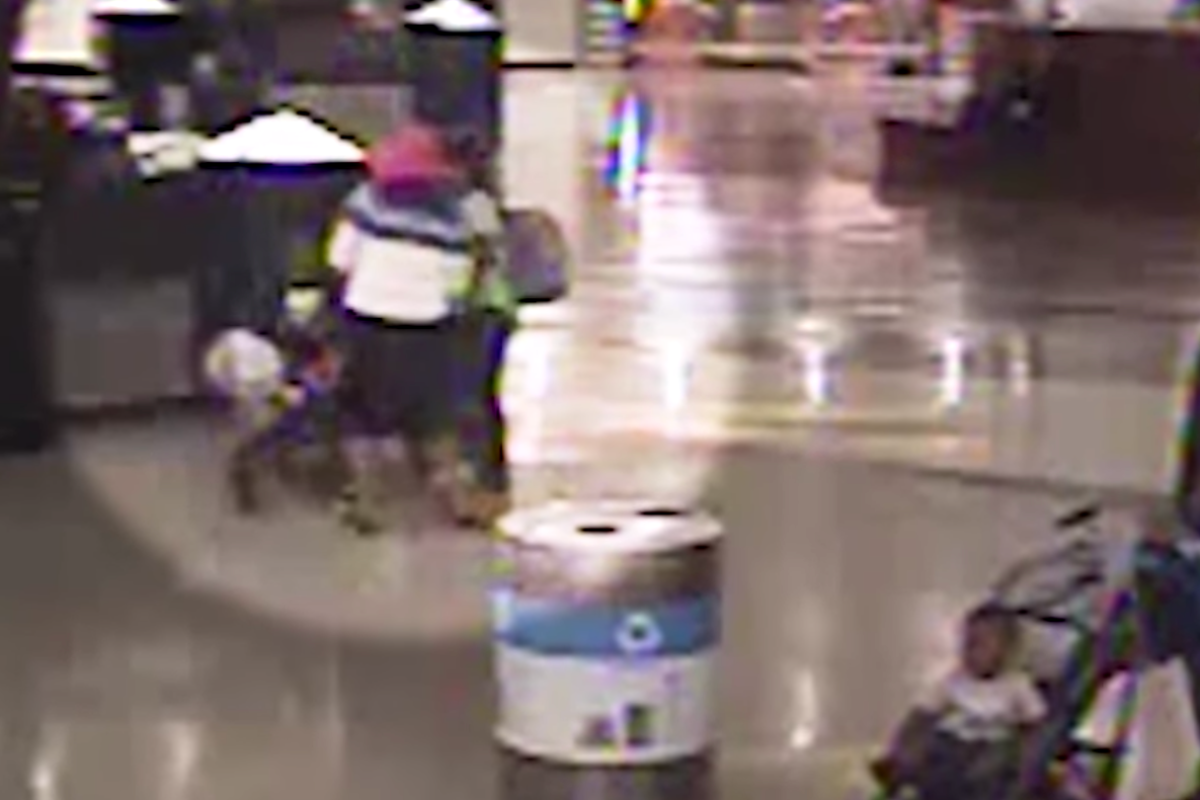 Security footage from Hartsfield-Jackson Atlanta International Airport showed a horrifying incident go down right in the middle of the airport. No, it wasn’t an innocent traveler being served a hot rat meat and ass-cheese burger they paid twenty dollars for, four hours after they ordered it, by a waitress with Hepatitis. That’s normal. What actually happened was only a little bit worse. A random woman attempted to kidnap a mother’s two children and nearly succeeded, at least momentarily, were it not for the intervention of several Good Samaritan bystanders.

A mother was pushing one child in a stroller while her other child walked beside her when a random woman in a big pink hat, Ester Daniels, sidled up next to her and attempted to help her push the stroller. The mother declined politely at first but Daniels refused to leave. The mother then took more stern of a tone and told her to leave. That’s when Daniels went for broke and grabbed at the baby.

Fortunately for the mother, whose momma bear instincts kicked in and gave her the strength to mostly fight off the larger Daniels, bystanders quickly came to her aid. It’s unlikely Daniels would’ve gotten far with either child, but it’s also really, really good that neither child had to be subjected to even a few seconds of being kidnapped by a lunatic woman. It’s bad enough they even went through what they did.

Daniels, of course, didn’t make it far. (No idea what her plan was here, exactly.) Airport security officers took her to the ground and arrested her. She’s now charged with obstruction and kidnapping, with plenty of video evidence and witness testimony to back up that she did, indeed, try to kidnap some random kids. At an airport. The literal dumbest place in America to commit a crime. Unless that crime is related to food service, because that happens everyday.