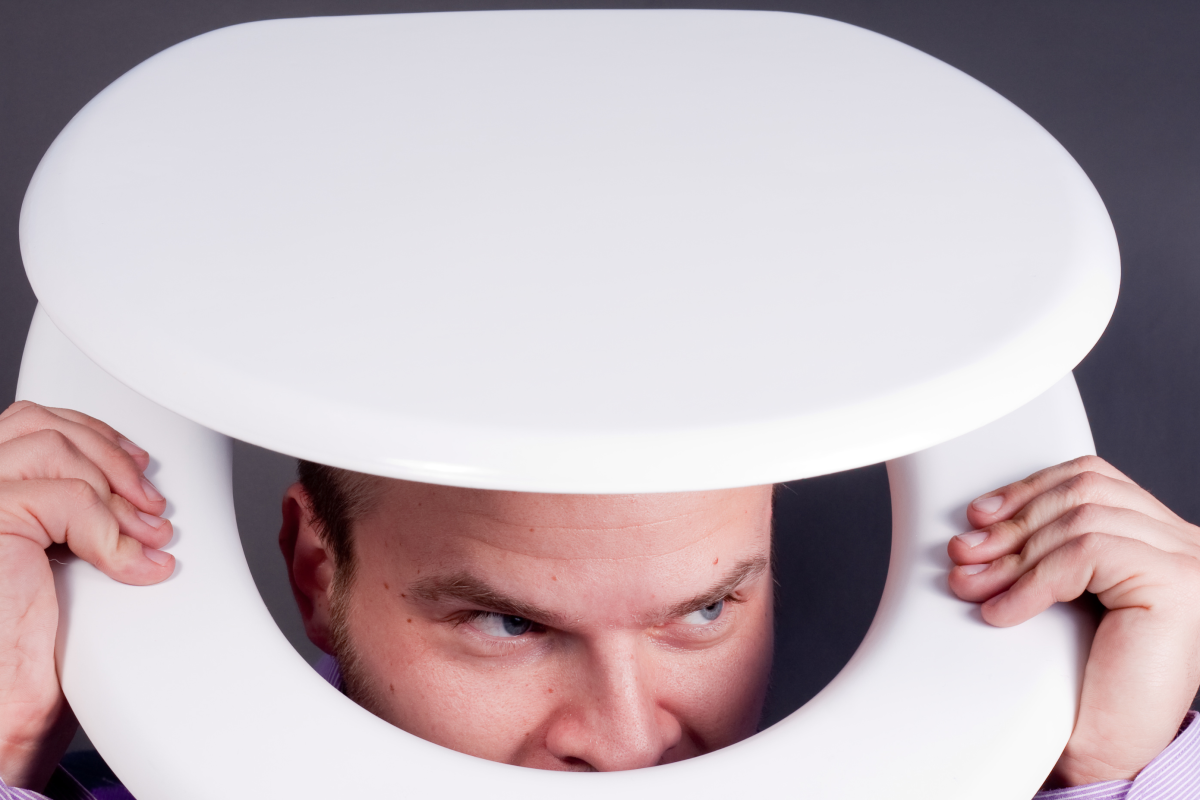 A Sheboygan, Wisconsin man has been sentenced to 150 days in jail for repeatedly clogging toilets in women’s bathrooms. Prosecutors only recommended 30 days in jail for Patrick D. Beeman, who was charged with 12 misdemeanors of criminal damage to property, but the judge felt Beeman needed a more severe punishment in order to send a message that purposeful toilet clogging won’t be tolerated on their watch.

This is undeniably creepy but considering that it feels like this behavior exists within the same galaxy as tossing puppies in a furnace let’s call it a win that all this guy did was murder some toilets. 150 days in jail should more than send a message to Beeman, who claimed that he gets urges to do odd things, such as shove water bottles into women’s toilets so that they break and overflow.

Again, we all got lucky here. Those are some relatively benevolent urges. He could’ve been told to scour local maternity wards with a chainsaw looking for the newborn AntiChrist. Also, while purposely clogging toilets is property damage — and weird — let’s not act like people don’t constantly wreak havoc on public plumbing with willful negligence.

How many times at your office has some guy named Carl come back from lunch at the Rib Shack and committed war crimes in the bathroom after his 2:00 p.m. coffee? How many Karens and Megans have flippantly flushed a tampon plus a pound of toilet paper with absolutely zero regard for anyone using the toilet after them? The American public spends thousands of hours a day pushing the limits of toilet and plumbing integrity. Truthfully we should all be crapping and what not into Super Mario sized pipes. We are a foul, foul society. It’s only a matter of time before someone decides to deep fry an Indian food burrito and an entire office building drowns in an instant poop tsunami.

Ultimately Beeman, who has reportedly committed this act at multiple places at which he’s worked, was apologetic for his actions and accepted his sentence, so that’s good. Good luck to you Mr. Beeman. And remember, if you’re going to destroy a toilet in the future, do it “on accident.”