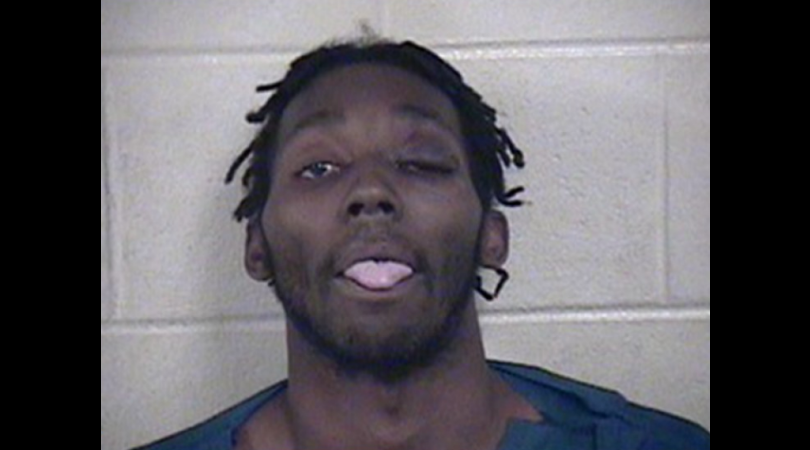 A Kansas City man is in jail after attacking a group of three people and ultimately shooting a service dog that belonged to one of the people in the group. Mardrecuis D. Williams, 25, shot the service dog, a 3-year-old Border Collie named Lollie, after the dog attacked him in an attempt to protect its owner.

According to police, the altercation began the night before when Williams was kicked out of a Motel 6 near Barry Road and Interstate 29 for fighting with another person. Williams allegedly came back twice throughout the night and banged on the victim’s door, threatening to kill them. The next morning Williams showed up again and attacked the group, which included cancer patient Brooklyn Clevenger, in the parking lot.

Clevenger’s dog quickly intervented and Williams shot it. The bullet badly wounded Lolly, rupturing her spleen and causing her intestines to spill out. Lolly was taken to an emergency vet and after emergency surgery, she is healing. However the cost of the surgery for the brave dog was pretty steep, so Clevenger set up a GoFundMe to help her pay for it all.

Williams, meanwhile, was charged with three counts of second-degree assault, armed criminal action, unlawful use of a weapon, intentionally causing injury of a service dog and first-degree trespassing. Williams was caught after his victims spotted him at a local hospital, where he was receiving treatment for injuries he sustained from Lolly’s intervention.

So, yeah, this is basically the best dog in the world and further proof that these animals are too good for us. Let’s find them a new planet that they can live on in peace and harmony, away from their loving but ultimately toxic best friend, man. It’s the least we can do for dogs after all the messed up crap we put them through.