On Tuesday night’s episode of “Late Night with Seth Meyers,” the host joined millions across the country by criticizing President-elect Donald Trump and his advisers for selecting Steve Bannon of Breitbart News fame to join the cabinet.

Bannon, who presided over many inflammatory articles while at Breitbart, is a figure beloved by neo-Nazis and the alt-right.

According to Meyers, Breitbart is a website that is “adored by white nationalists.” Meyers criticized Bannon’s history with the site and noted that many other political talking heads are on the same page over his appointment.

RELATED: Seth Meyers fights back tears as he condemns Trump America and tries to explain his victory

Meyers then showed the cover of the proverbial book, which read, “We’re All Fucked.”

In his examination of the last few days of Trump blunders, Meyers also criticized Trump’s daughter, Ivanka. After she appeared in a “60 Minutes” interview with her father on Sunday, she began selling the bracelet she wore through her online retailer.

RELATED: Ivanka Trump is coming under fire for peddling her brand on “60 Minutes”

“Did you hear that, disenfranchised white working class voters? For only $11,000, you can make your wrist great again!” Meyers said of the expensive bracelet Ivanka wore. 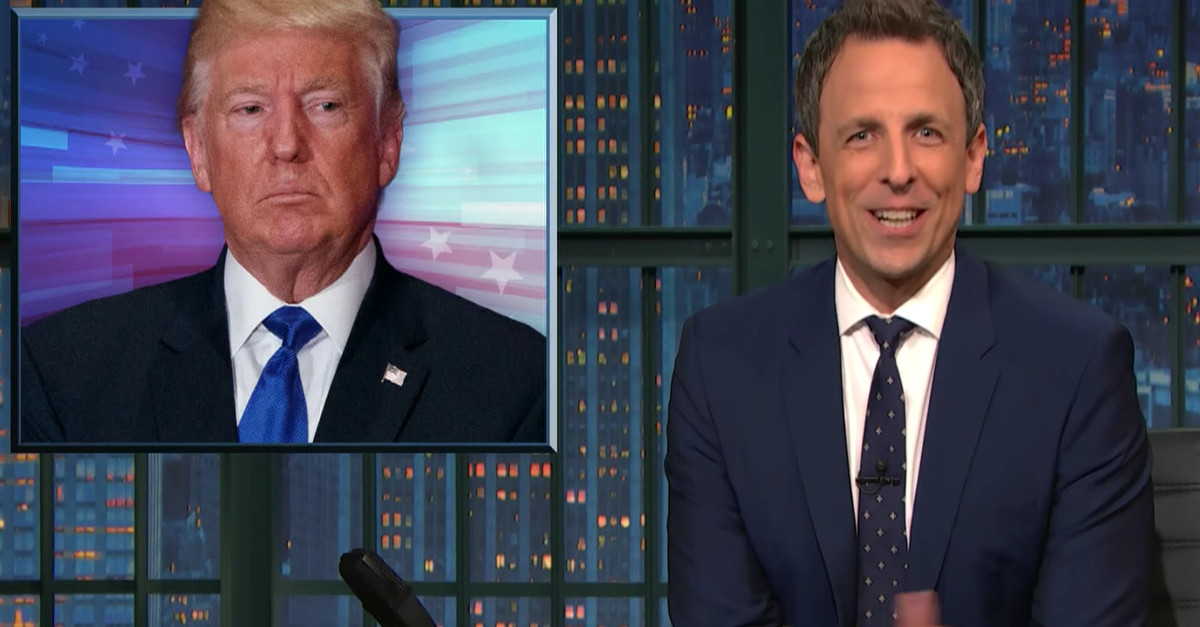