In the months since Colin Kaepernick decided he would sit out performances of the national anthem prior to NFL football games, athletes of all types have taken his cue.

Kaepernick has stated since day one that he sits out the anthem as a form of silent protest against what he believes is a national crisis of racism, especially within law enforcement.

The San Francisco 49ers quarterback helped contribute to a national discussion about racism among police officers, even if many in the country believe his actions are unpatriotic.

Prior to a Sacramento Kings pre-season basketball game this week, singer Leah Tysse decided to join Kaepernick and those who protest by taking a knee during her performance.

“Taking a knee felt like the most patriotic thing I could do,” Tysse later said on Facebook. “I cannot idly stand by as black people are unlawfully profiled, harassed and killed by our law enforcement over and over without a drop of accountability.”

Tysse performed most of “The Star Spangled Banner” standing up, and only took a knee during the last few moments of the song. As soon as she dropped to the floor, the majority of the crowd gave her a heavy round of applause.

Though many across the web praised Tysse for taking a knee, others thought it was disrespectful (go figure).

She clearly wasn't shown enough love in her life so she turns to social media to get "Likes" to satisfy the void. Go buy a puppy 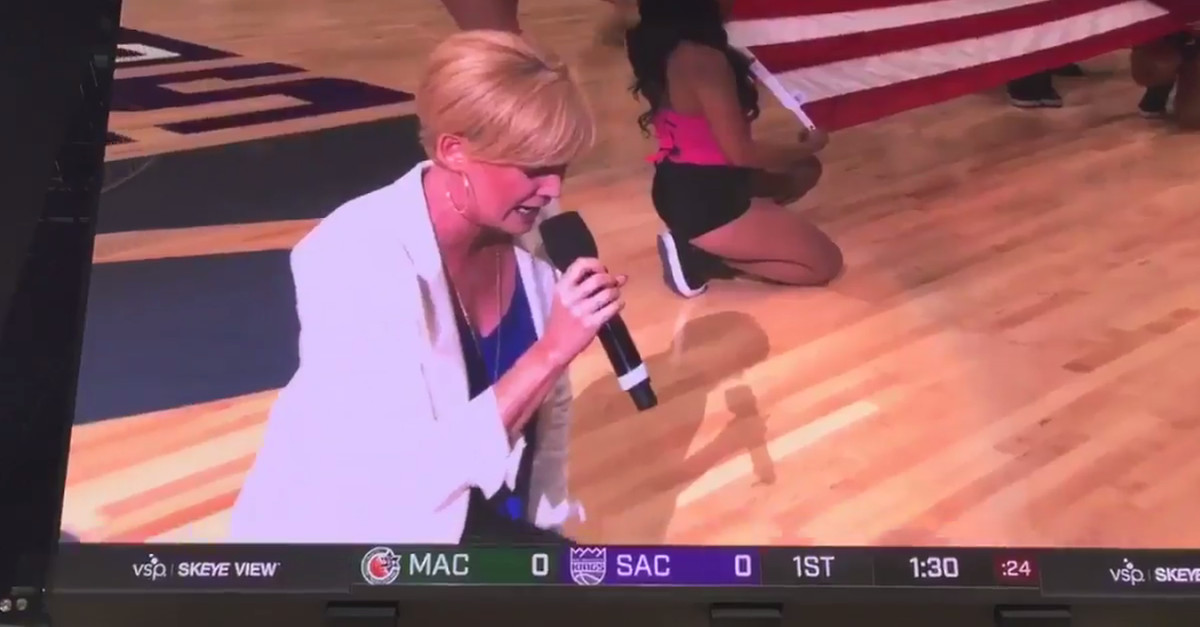