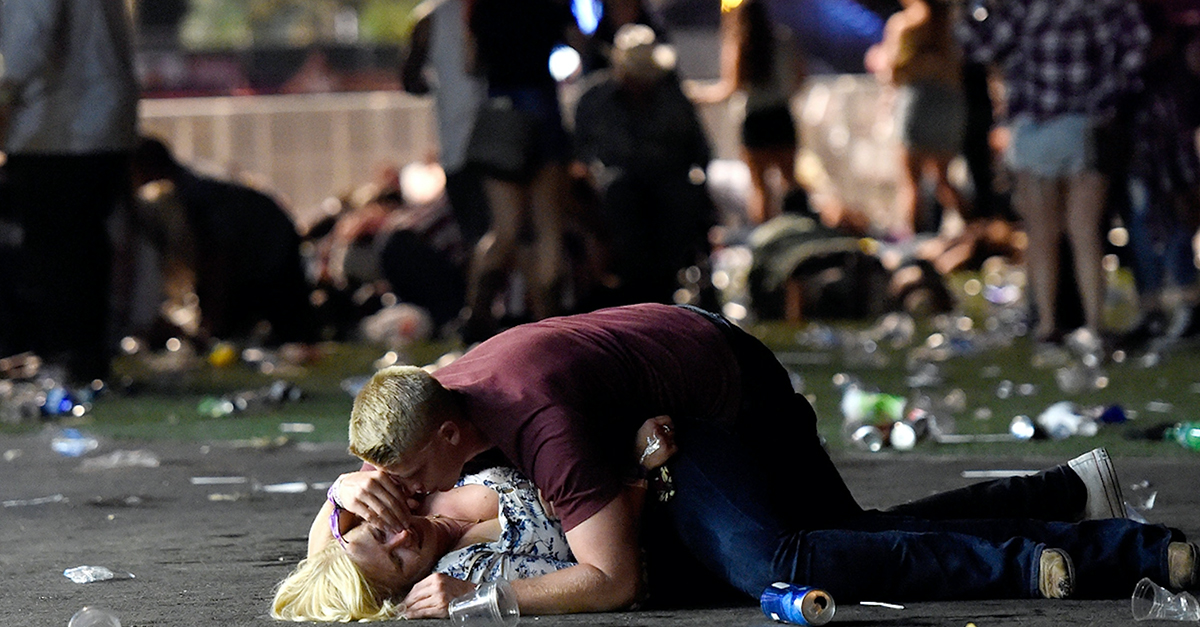 Las Vegas authorities say more than 20 people are dead and 100 people are wounded after a man opened fire on an outdoor concert late Sunday.

Clark County Sheriff Joseph Lombardo says officers confronted the suspect on the 32nd floor of the Mandalay Bay Hotel and Casino across the street from the Route 91 Harvest Music Festival. Authorities say the man is dead. They did not release the suspect?s name but said he is a local resident.

Several officers from the Bakersfield Police Department were attending the Route 91 Harvest Music Festival on Sunday when a gunman opened fire. One was shot and taken to the hospital with non-life threatening injuries. Authorities did not release his name.

Lombardo said they believe this was a ?lone wolf? attack but said they are looking for a roommate of the dead suspect as a person of interest.