Shots were fired at a North Carolina mall, and people are locked in stores trying to figure out what happened 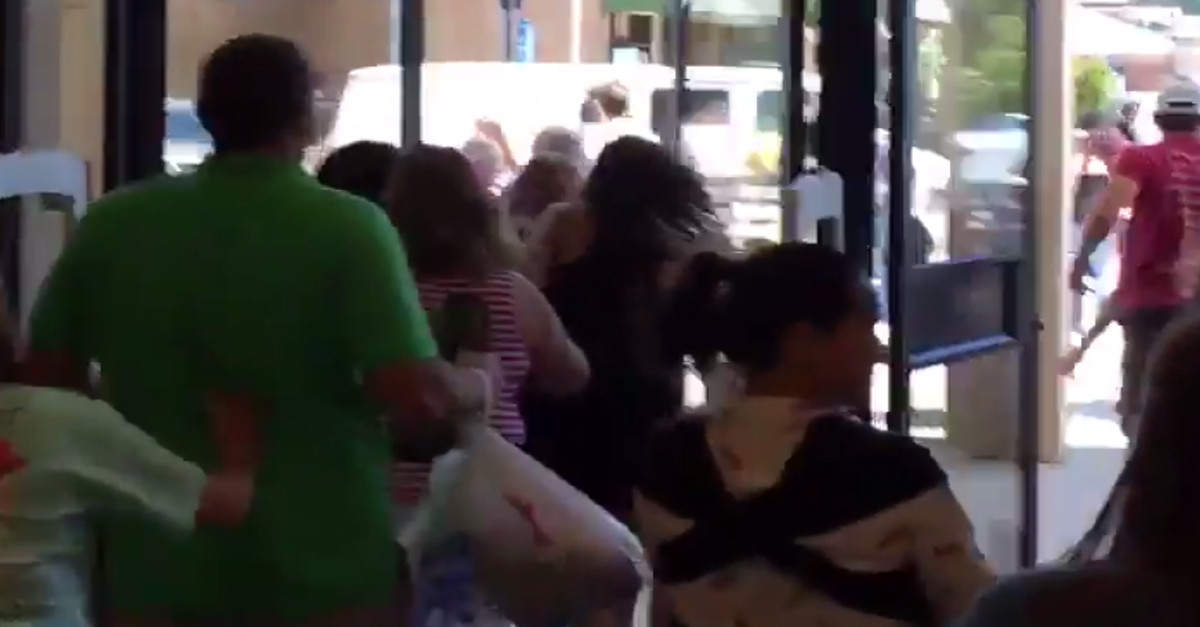 Reports came in from Twitter on Saturday afternoon that shots were fired at The Crabtree Valley Mall in Raleigh, North Carolina.

Shoppers took to Twitter to tell the story of how shots were fired, and they locked themselves inside stores.

According to WTVD, “Eyewitnesses said they had to run out of the mall. ABC11 spoke to an eyewitness who was in the food court when the incident happened.”

RELATED: This video shows the horrifying moment a gunman in Munich near a McDonald?s started shooting

“She said they heard ‘something pop’ and then ‘pandemonium broke out.’ She said people were running over tables and chairs to get out of the mall,” WTVD reported.
Police have not yet confirmed any gunshots.

Thank go me and my family are OK, heard gunshots and ran as fast as we could to our car https://t.co/3S7Sz6jam2

Confirmed with a mall official that shots were fired and that police are securing the scene.

Someone just got shot at Crabtree and it was so scary me and Olivia are crying oh my god live footage !!!! pic.twitter.com/IAymO1xo8C

Police are clearing the area now, shoppers still safely locked in to the stores. #crabtreemall pic.twitter.com/Yi9q64tNFS