Have you heard the one about the celebrity having an opinion on politics and people getting mad about it?

Throughout the 2016 presidential election and the first weeks of President Donald Trump’s time in office, celebrities of all types have been attacked for expressing their opinions about politics. The common response from their critics is that they should stick to their craft.

Paul Scheer, a well-known comedian and actor, has been on the receiving end of these taunts. He, along with his wife, actress June Diane Raphael, decided to do something to promote something a little more positivity in the world.

Enter The Big Hundred, a social media campaign led by Raphael and Scheer that showcases different works of art and good deeds from artists around the country.

“I’m kind of over the idea of just ranting and raving on Twitter. It’s almost like going into a vacuum and it doesn’t really make that much difference and you’re just…yelling with your friends,” Scheer told Rare in a recent interview. “You’re quoting the same articles, you’re not actually changing anyone’s mind, you’re not doing anything than venting.”

RELATED: He came up with Kanye and is about to make viral gold with James Corden: Jensen Karp’s story of Hollywood oddities

Scheer pointed out that at times, he has gotten caught up in this Internet back and forth. With the election of President Donald Trump, the outrage machine has only intensified.

“When you look at the big picture, it’s fucking daunting. Whether it’s the EPA, women’s rights, the travel ban…if you look at all this stuff, you’ll just be frozen,” Scheer said.

According to Scheer, he had former President Barack Obama’s farewell address in mind as he went forward with The Big Hundred. In the speech, Obama said that “we all have to start with the premise that each of our fellow citizens loves this country just as much as we do; that they value hard work and family just like we do; that their children are just as curious and hopeful and worthy of love as our own.”

The message about being a better citizen struck a chord with Scheer, who at one point went door-to-door campaigning for President Obama.

“With that, I didn’t want to make [The Big Hundred] entirely partisan. Just because we don’t see eye to eye doesn’t mean we shouldn’t all be active participants in making our country a better place to be and to be more involved in our communities,” he said.

Scheer added that he doesn’t believe social media is a place to have debate, and that in keeping The Big Hundred bipartisan, people come more for ideas than for arguments.

As a young man in Huntington, Long Island, Scheer said he grew up in a household that tipped conservative. He joked about how, as a little boy, he would taunt his babysitter by sharing his opinion on President Ronald Reagan’s awesomeness.

“I was so pro-Reagan. That’s so crazy to think of myself as a little kid who was all into Ronald Reagan. I have no idea why, but I was all about Ronald Reagan,” he said.

As far as 2017 politics go, Scheer doesn’t seem too excited that President Donald Trump may make for a new era of comedy.

“It’s fascinating! I always think that comedy is best when there is discontent. That doesn’t mean that I want the most awful things to happen, but I think the best laughs are when we are in a state of anxiety or panic or concern. I think that it just breeds the want and desire to feel passionate about stuff,” Scheer explained.

“We’re angrier. It doesn’t have to be all about Trump. It’s like when you break up with someone, that little bit afterwords, after you’re upset, there comes this great creative explosion. As far as Trump being too comical…yeah, one hundred percent. I’m not a political comic, but I think that angst is good,” he added.

RELATED: Welcome to “Mr. Neighbor’s House” – one of the must-see specials of 2016

Despite this anger, and no matter how good the jokes may be, Scheer knows that certain people are always going to get mad at you, whether you are famous or not.

When The Big Hundred first launched, one of the first things it promoted was a website that helps people find their representatives and locations of town halls.

“I was getting nasty shit about that. I wasn’t telling people to vote for anyone, I was saying ‘know who you’re voting for.’ Anytime you post anything that feels like ‘you’re telling me what to do,’ people go nuts,” Scheer said. “Social media is a cesspool. If you’re going to weigh in with an opinion, no matter what that is….you’re going to get the same amount of flack.” 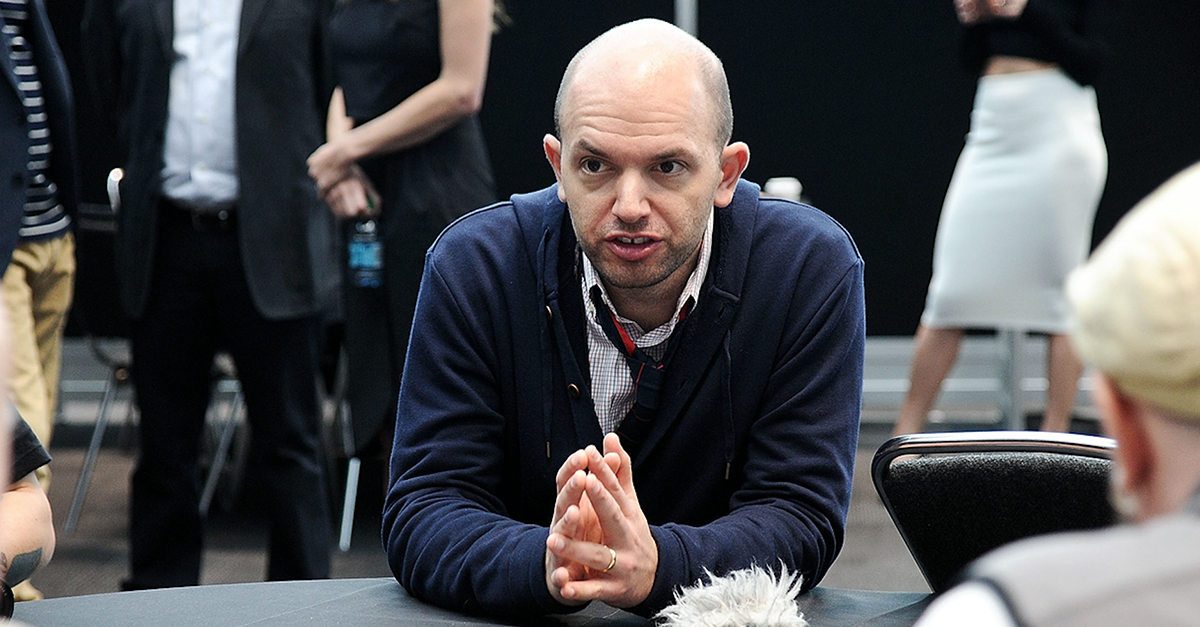