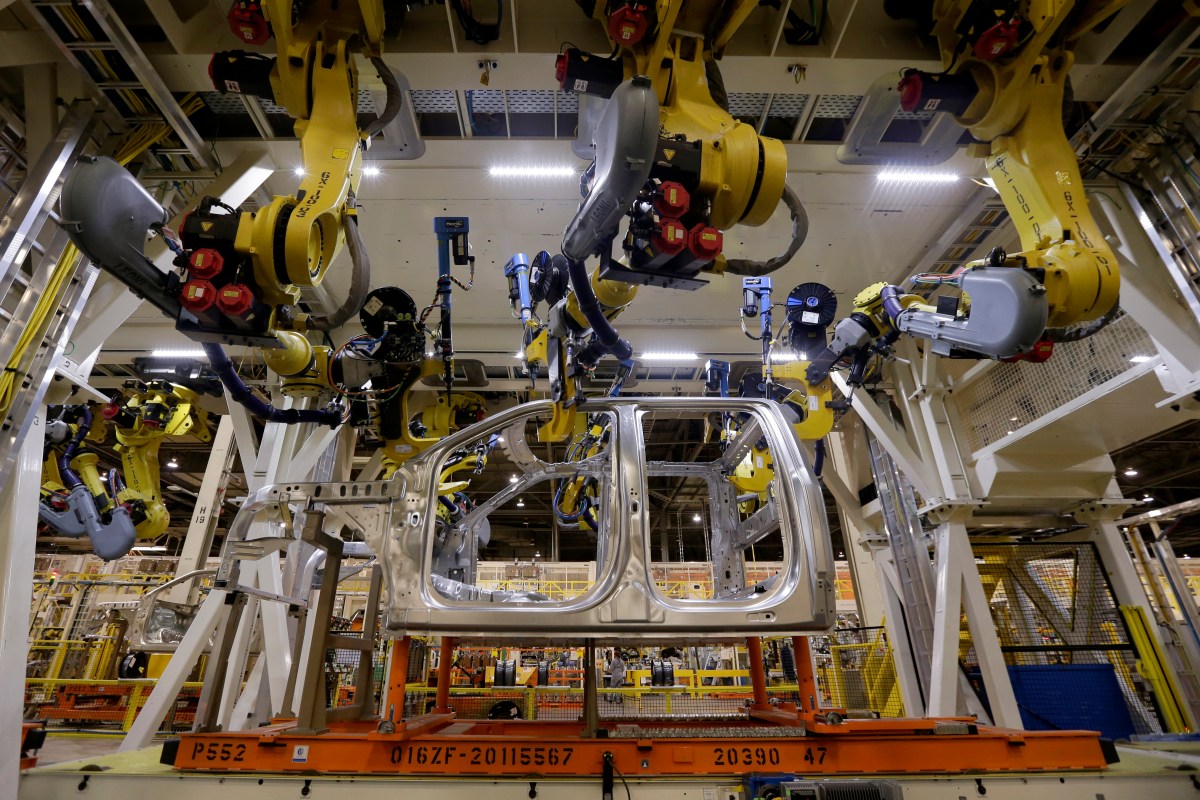 Nearly one-quarter of American workers are worried they will lose their jobs to robots, according to a new survey.

Almost three out of four of the more than 3,000 people surveyed said they think artificial intelligence will probably eliminate more jobs than it creates, in general. But 23 percent said they are “very” or “somewhat” worried they will lose their own job to automation.

Such fears may sound a little extreme, but they’re not unfounded. iPhone manufacturer Foxconn, which recently inked a deal to open a new factory in Wisconsin, reportedly has plans to replace 10,000 workers at its Taiwan display screen plant with automation.

Women are more likely to lose their jobs than men as the U.S. automation revolution grows over the next eight years, according to a report released last month at the World Economic Forum, and women will have half as many opportunities to land new positions.

About 57 percent of the 1.4 million U.S. jobs expected to be disrupted by technology between now and 2026 are held by women, according to the Davos report, a collaboration with the Boston Consulting Group. With proper retraining, most workers would be able to find new, higher-paying jobs. Without it, though, very few have opportunities and women fare the worst, according to the study.

But confidence is high in the Trump Administration. The rise of automation will not significantly diminish jobs in the United States, Commerce Secretary Wilbur Ross said when the report was released, and U.S. retraining efforts are being increased to help displaced workers find new position and new careers.