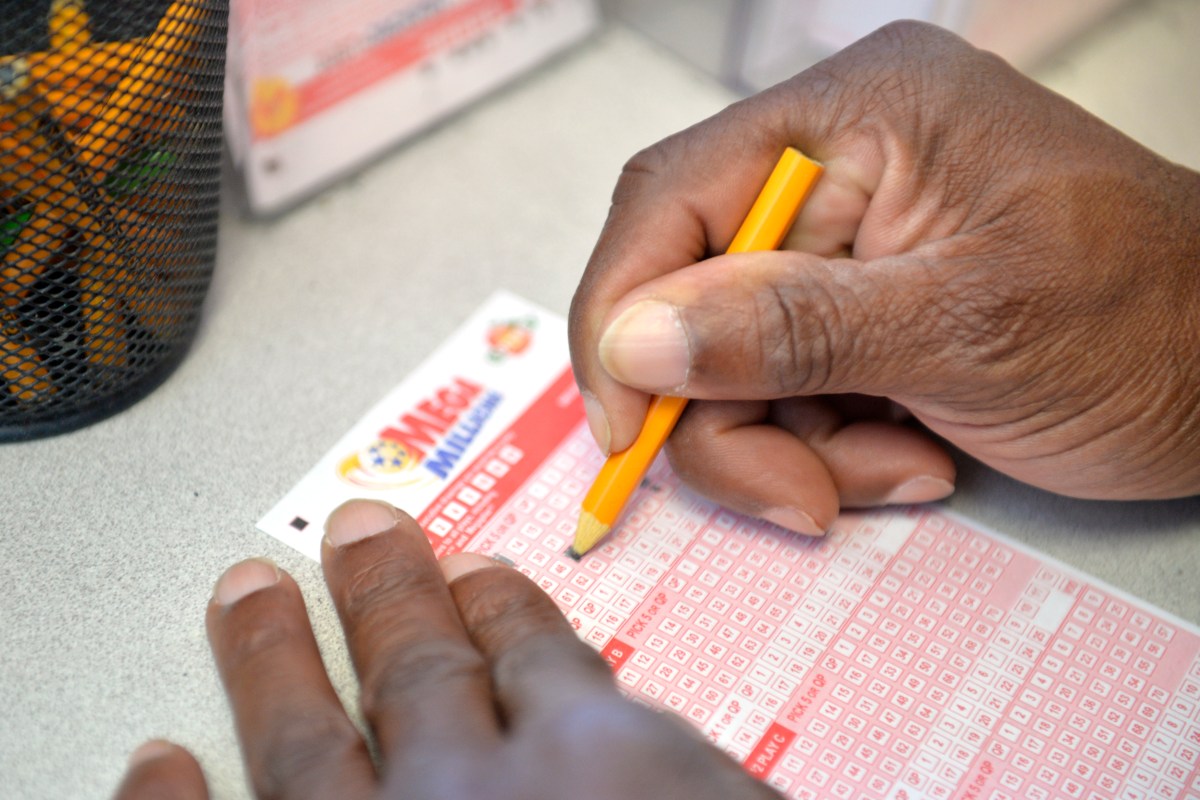 COLUMBIA, S.C. (AP) ? Lottery officials say someone bought a ticket in South Carolina to win the Mega Millions jackpot with a final total of $1.537 billion, shy of the all-time world record.

The earlier Mega Millions estimate of $1.6 billion would have been a world record for lotteries, but actual sales came in below the $1.586 billion Powerball jackpot prize shared by winners in California, Florida and Tennessee in January of 2016.

The ticket sold Tuesday is worth about $877.8 million in a lump-sum cash payment, which most winners choose to take, rather than collect the full amount in annual payments over three decades.

“The final total was less than the $1.6 billion estimate,” said Carol Gentry, a spokeswoman for the Maryland Lottery, which leads a consortium of state lotteries participating in the Mega Millions jackpot.

“Estimates are based on historical patterns,” she explained Wednesday morning in a phone interview with The Associated Press. “The jackpot’s been rolling since it was hit in July in California, but there are few precedents for a jackpot of this size. Typically, about 70 percent of sales occur on the drawing day, so forecasting precise numbers in advance can be difficult. That’s why we always use the term estimate.”

It’s possible the world will never know who bought the ticket that matches all six numbers in Tuesday night’s drawing.

South Carolina is one of eight states ? along with Delaware, Georgia, Kansas, Maryland, North Dakota, Ohio and Texas ? where winners can remain anonymous.

“Our board has a policy to protect the winner because of all the risk associated with having that much money,” South Carolina Education Lottery Director William Hogan Brown told ABC’s “Good Morning America.”

South Carolina’s previous record-holder ? someone who bought a $400 million Powerball ticket in the Columbia area in 2013 ? never wanted to be identified.

Holli Armstrong, spokeswoman for the South Carolina Education Lottery, said the retailer will get a $50,000 payout. Brown said the store’s identity should be revealed by mid-day on Wednesday, once state authorities have law-enforcement resources in place to help with the attention.

The biggest Mega Millions jackpot winner prior to this was a $656 million ticket sold back in 2012, Gentry said, “so it’s a record for Mega Millions and it came very close to breaking the world record of all the jackpots.”

Mega Millions is played in 44 states as well as Washington, D.C., and the U.S. Virgin Islands.

It will likely be days or even weeks before the ticket-holder steps forward to claim the prize.

Lottery officials and financial managers encourage people to take time to map out a strategy for investing their hundreds of millions of dollars, and winners must deal with security concerns befitting someone who suddenly is immensely wealthy. Depending on the state, winners have from 180 days to a year to claim their prize.

The Mega Millions jackpot grew so large because it had been nearly three months since a player had matched all six numbers and won the top prize. The last time that happened was July 24, when 11 co-workers from California won a $543 million prize.

Although Tuesday’s jackpot was extraordinarily large, it’s no fluke. It reflects a trend toward ever-growing lottery prizes due to changes in the game that worsened the odds with hopes that bigger jackpots would result in better sales.

While most attention has been on the Mega Millions game, Powerball also has been soaring. The estimated prize for Powerball’s annuity option in Wednesday night’s drawing is $620 million, with a cash prize of $354.3 million.

This story has been corrected to show that the Mega Millions lottery won Tuesday night was the second-largest based on actual sales, not the world’s largest-ever lottery grand prize, based on final details provided by the lottery.