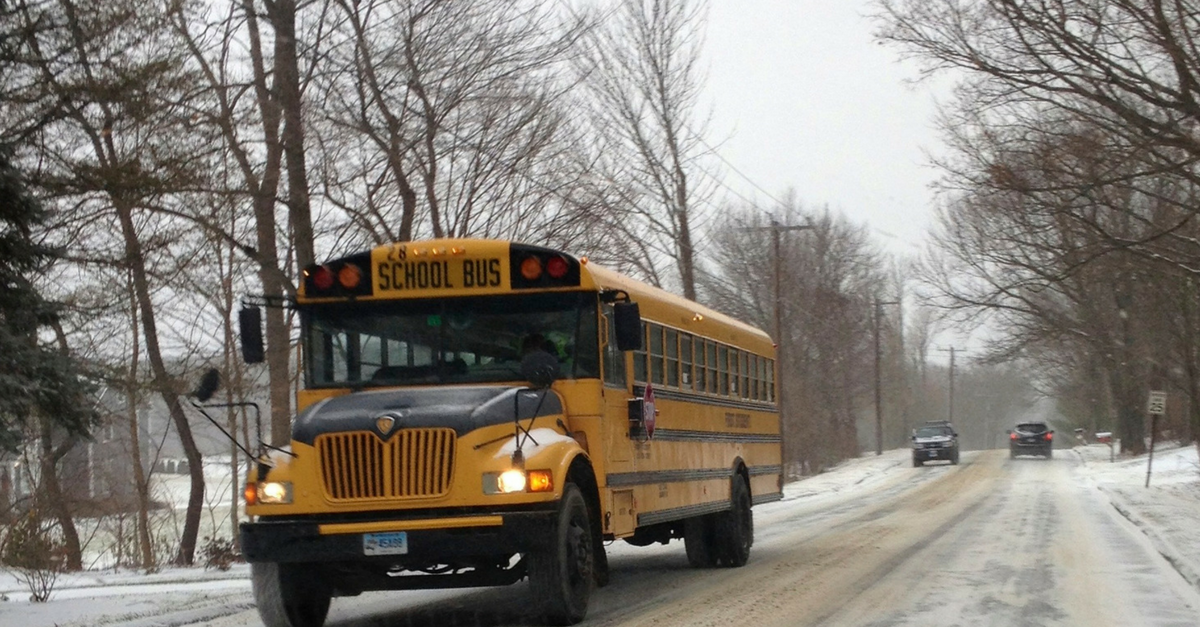 Anderson School District 5 in South Carolina has decided to abolish snow days and institute what it calls “eLearning Days,” during which the children, who cannot go to school because the roads are too icy for buses and parents to transport them, will complete work from home while teachers monitor them.

In other words, children in one area of South Carolina are having one of the best and most irreplaceable parts of childhood ruined. It’s only a matter of time before the superintendent of this school district publicly executes Santa Claus during a school assembly, or forces the schools to switch all pizza parties to celery celebrations.

Superintendent Tom Wilson claims the move is being done in order to stop the school year from bleeding into mid-June, when only a quarter of the students end up attending anyway, because school in summer is even more torturous than school on a snow day. But how can we be so sure Superintendent Wilson doesn’t have ulterior motives? Perhaps Wilson has constructed some sort of power generator that runs on the misery of children, and he’s using it to generate the electricity for every school in the district, for free, and then pocketing the money the district says spends on electricity? Typical bureaucrat.

Does that sound far-fetched? Sure. But canceling snow days is the sort of thing a villain in a kid’s movie would do.

Regardless of why the district is abolishing snow days, the fact remains that it’s super lame. Let these kids enjoy this unique perk of childhood. Once they’re adults the weather pretty much literally has to be killing people for them to get out of going to work. If a hurricane isn’t causing a regional apocalypse or a tornado isn’t already in the process of impaling people with telephone poles they’re going to have to clock in and get those sales reports to Mr. Johnson by 3 p.m.

C’mon Tommy. Let the kids have this.