SpaceX’s Dragon craft is due to the ISS on Wednesday 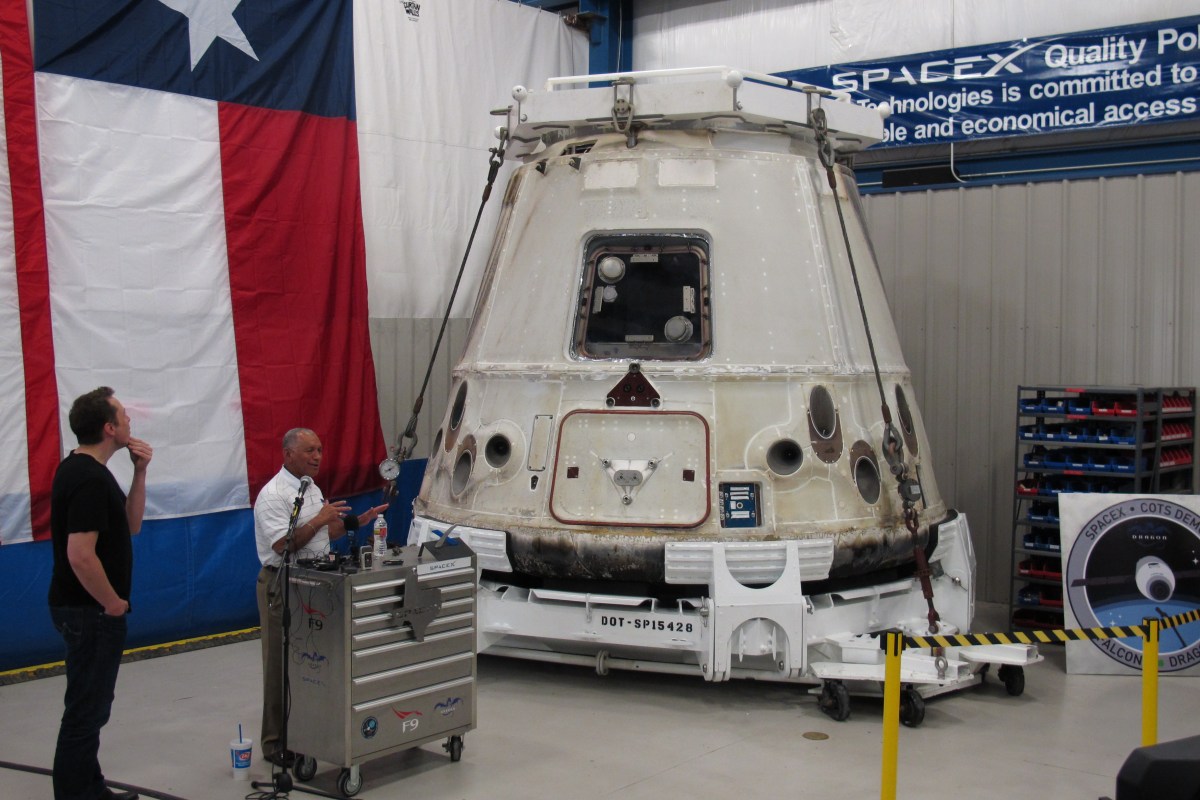 In case you missed it, or forgot you?re in space right now, baller private rocket firm SpaceX successfully launched and re-landed a Falcon 9 rocket Sunday after a last-minute scrub the day before.

RELATED: Check out this amazing ultra high-definition video of the Cygnus rocket launch

Carrying a Dragon spacecraft, which was designed for human flight, but has only been used for cargo thus far, the CRS-10 Mission entered low-Earth orbit yesterday and is scheduled to ?deliver critical cargo to the ISS for NASA? by Wednesday, the SpaceX press release read.

?Dragon [was] filled with more than 5,000 pounds of supplies and payloads, including critical materials to directly support dozens of the more than 250 science and research investigations,? the press release stated further. ?Among the investigations are experiments with potential to help fight human disease, monitor climate data, and improve autonomous spacecraft docking with the orbiting laboratory.?

SpaceX continues to amaze us all with their bounce-back following a devastating Sept. 1, 2016, launch pad explosion, and the successful return of the rocket to Earth is just another step for mankind?s progress into the final frontier.

You should try landing those nine Merlin engines for yourself here.

Still in the honeymoon-shot phase of their relationship, NASA and SpaceX have been involved in what is shaping up to be true love, especially as Elon Musk?s golden child of the minute enters its third of a 20-year lease with NASA for use of the same launch complex that supported the Apollo missions, with upgrades to accommodate Falcon rockets? heavy frames well underway.

RELATED: Astronaut Tim Peake shared this stunning photo of the Milky Way rising over the horizon

Undoubtedly there is intense rivalry between Tesla and its space cadet sibling, but Musk (probs) drove to the launch in a Tesla, so jury?s out on whose money he loves more.

Thanks for keeping us in space right now, Elon.