Menu
Follow us
Search
Menu
Search
Steve Harvey holds up the card showing the winners after he incorrectly announced Miss Colombia Ariadna Gutierrez at the winner at the Miss Universe pageant Sunday, Dec. 20, 2015, in Las Vegas. According to the pageant, a misreading led the announcer to read Miss Colombia as the winner before they took it away and gave it to Miss Philippines Pia Alonzo Wurtzbach. (AP Photo/John Locher)

Despite Harvey’s efforts to not be involved, Cox named him in the lawsuit, much to the comedian’s displeasure.

“What you are not going to do is drag me into the mud with NASCAR,” Harvey said on Tuesday. “I have no problem with NASCAR. Ain’t never had a problem.”

RELATED: Watch things get super awkward between Steve Harvey and this country trio

According to Harvey, he once met with Cox under the impression that Harvey could partner with Cox’s group, Diversity Motorsports Racing, in order to get young men and women interested in NASCAR as a fulfilling hobby or career.

Harvey claims that Cox didn’t want to educate the young people Harvey so often represents, and was more interested in creating a media storm by using black youth to protest outside Coca-Cola’s Atlanta headquarters.

A NASCAR spokesperson later told TMZ that Cox’s suit is completely without merit.

“Diversity both on and off the track continues to be a top priority for NASCAR and its stakeholders. We stand behind our actions, and will not let a publicity-seeking legal action deter us from our mission,” the spokesperson said. 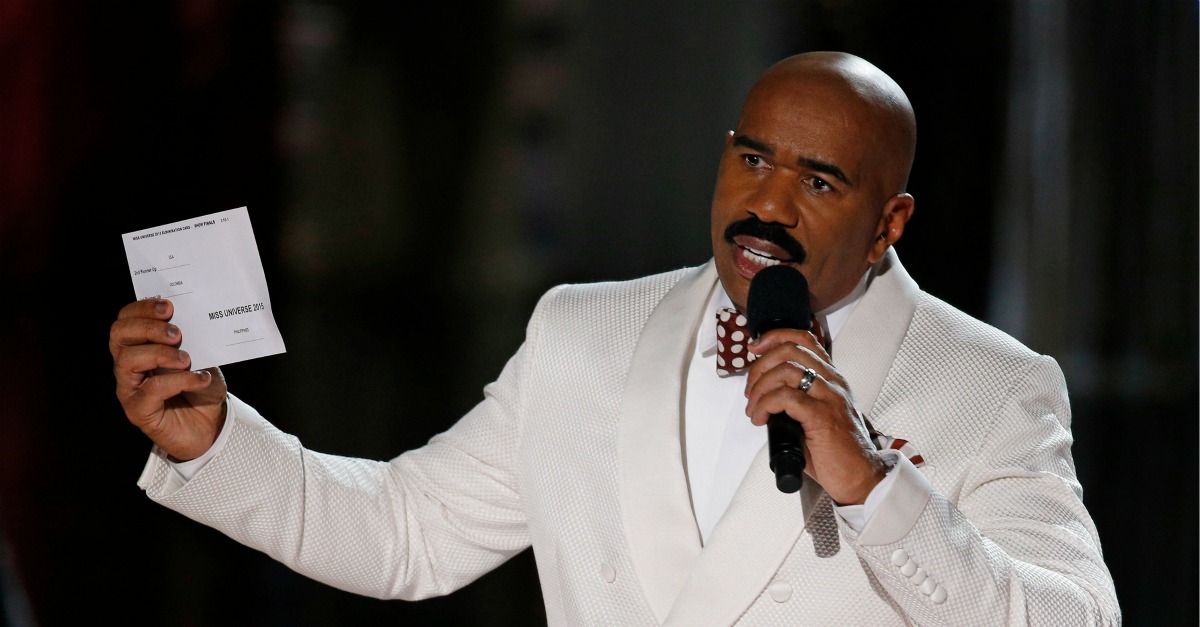