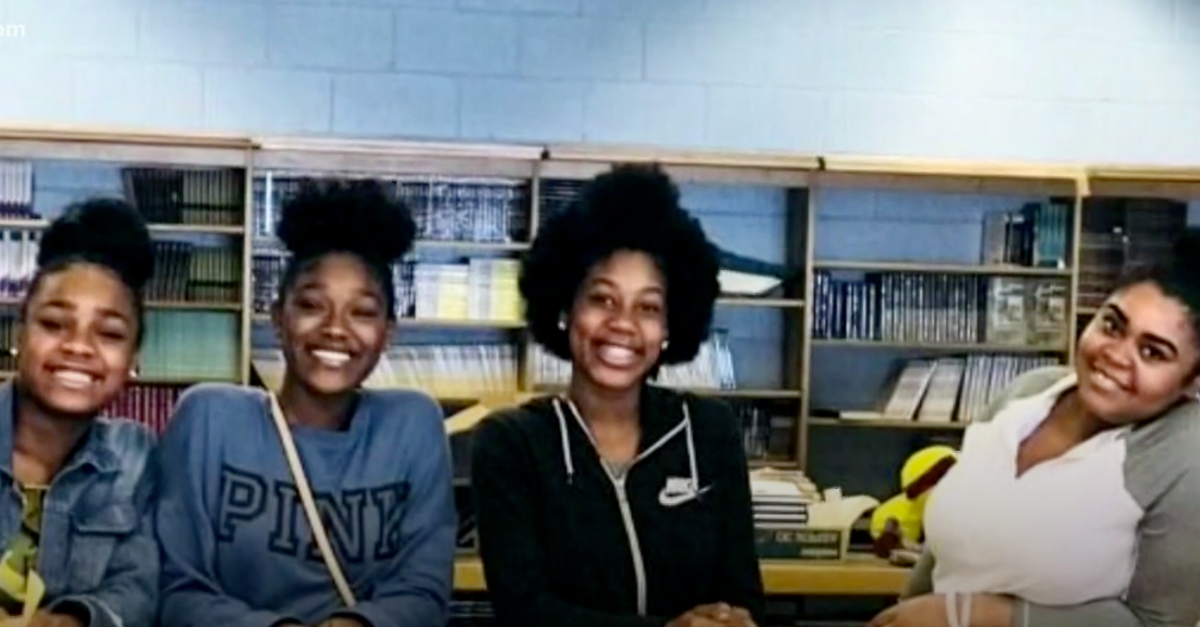 Four quick-thinking high school girls in Louisville, Kentucky prevented tragedy when their bus driver, whom the students affectionately refer to as Ms. Denise, suffered a life-threatening medical emergency while behind the wheel last Friday morning. If not for them, Ms. Denise believes she wouldn’t be alive today.

According to the Jefferson County Public Schools bus driver, while on her Friday morning drive to Seneca High School her vision began to blur. In the interest of the safety of the kids on the bus, she began to pull over to the side of the road. She then pulled the air brake and fell off her seat, to her left. Ms. Denise says that’s the last thing she remembers.

From there, four students rushed to her aid. They picked her up out of the seat and laid her down on her back. One kept her cool by pouring water on her forehead, while the other two called 911. EMS, police officers, and firefighters were on the scene in moments and Ms. Denise was rushed to the hospital.

A few days later the girls were called to the Seneca High School library. They were told that they were meeting with school officials to discuss the incident, but once they got there they were surprised by Ms. Denise herself, now healthy and forever grateful. The bus driver told the girls, through tears, that they saved her life, and that they’re her family now.

There’s your “Humans are actually good” story of the day.