Menu
Follow us
Search
Menu
Search
In this May 7, 2016 file photo, Republican presidential candidate Donald Trump speaks during a rally in Spokane, Wash. Trump is moving quickly to install political operatives in more than a dozen states, targeting Maine and Minnesota among others that traditionally favor Democrats, as the Republican White House contender lays the groundwork for an expanded electoral battlefield. (AP Photo/Ted S. Warren, File)

One Florida teacher has been suspended after an exam question that revealed her bias against presumptive Republican presidential nominee Donald Trump.

“If a Donald Trump becomes President of the United States, we are:

The school district is being sued by the teacher Malik Leigh, after not renewing his teaching contract.

“School officials say they’ve been receiving concerns for a while, but it was his end of-the-year exams that stood out to them in particular,” WPBF reports.

While students never saw the question because all exams need to be approved first, the teacher maintained nothing was wrong with the question. 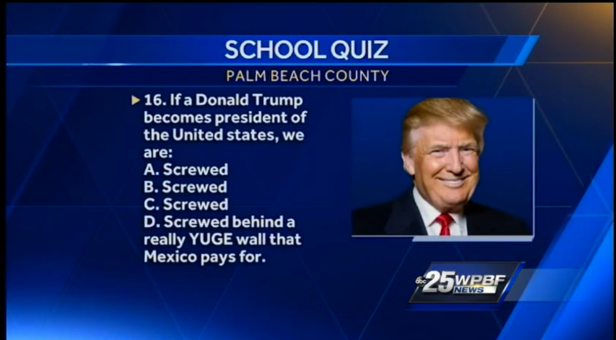 Apparently, it was supposed to be a “gimme” question. “If anyone gets offended, well, you kinda had to be there,” Leigh said. “You’re just upset you weren’t in on the joke.”

When asked, he defended the question. “There isn’t a single question on there that’s inappropriate.” 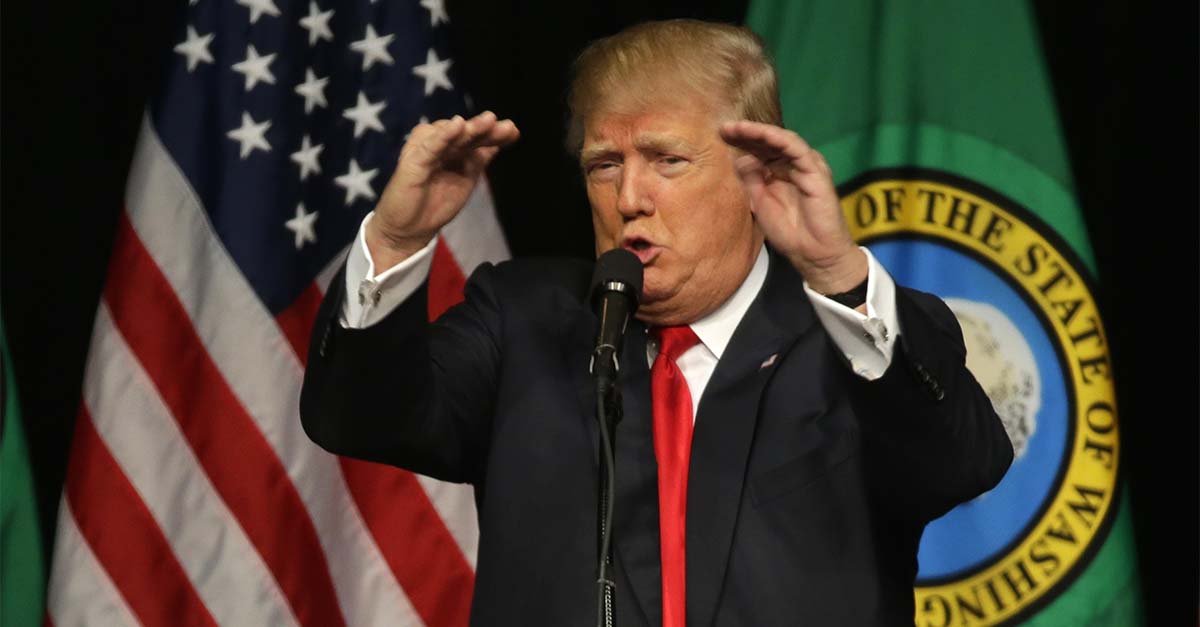