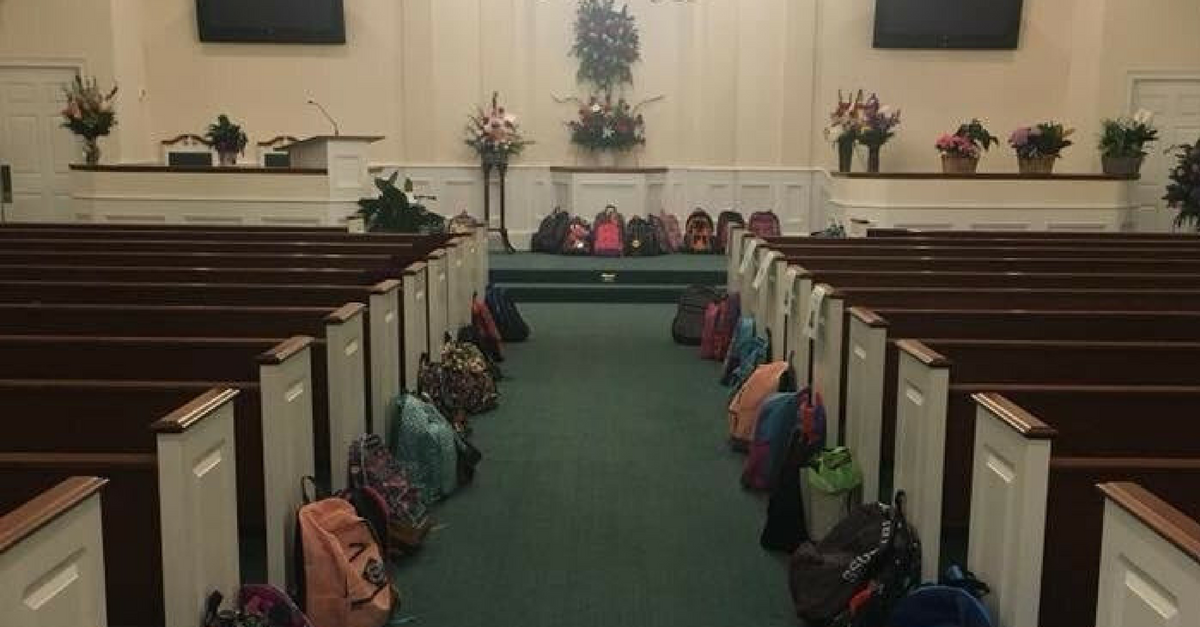 Flowers are pretty useless to the living and quite a bit more useless to the dead, so it makes sense when a person’s will requests charitable donations, or what have you, in lieu of flowers being sent to their family.

Though the practice is common, it’s still incredibly touching to see people give after someone’s death in such caring, spectacular ways. Such was the case upon the passing of Georgia elementary school teacher Tammy Waddell, whose final request was that backpacks filled with school supplies for needy students be donated at her funeral instead of various bouquets of colorful uselessness.

Mrs. Waddell’s request was met, and then some.

My cousin’s final request at her funeral was Backpacks full of supplies for needy students instead of flowers. A teacher to the end. @TeachersNet @edutopia @EdWeekTeacher pic.twitter.com/eGig25tYwH

According to her family, donations came in to Waddell’s funeral from around the world. Roughly 100 teachers — all of whom worked with Mrs. Waddell over the years — served as honorary pallbearers. They took the backpacks and school supplies back with them to their schools.

“Her final lesson was about serving others. That [was] what she had done her whole life,” her cousin, Dr. Brad Johnson, wrote to ABC.

Waddell, 58, had beaten colon cancer once and was in remission but complications came up, Johnson said. When she learned she might not make it much longer, she discussed the backpack idea with her family.

At no point during that discussion, I assume, did anyone in her family chime in and say, “I don’t know, Tammy, that’s a nice final wish but I was kinda really looking forward to flowers.”

This story is yet another reminder of two things we often forget. 1) People are basically good, and 2) Teachers need way, way more resources.

According to a recent report, more than 90 percent of teachers buy their own school supplies, without reimbursement(!!!!!!!!!), which is absolutely bananas.

Of course, most of these teachers love to teach, and love the kids they teach, so they go on doing that whether or not it’s right, because the kids, and doing a good job, is more important to them than the money (which they’re not exactly swimming in to begin with).

Thank you, Tammy Waddell, for setting such a great example. Hopefully this less than ideal arrangement is fixed before this becomes the norm at teacher funerals. RIP.

Read More: Arguing on Facebook is a Terrible Idea, According to Science