Menu
Follow us
Search
Menu
Search
In this Feb. 9, 2014 photo, Bureau of Internal Revenue Commissioner Kim Henares fires her pistol during target practice in a firing range at suburban Mandaluyong city, east of Manila, Philippines. The 53-year-old straight-talking chief has shifted her agency into “law enforcement mode” with an aggressive anti-tax evasion campaign to catch cheats and raise collections. Henares is a lawyer and accountant whose hobbies include weekly trips to the firing range where she shoots off automatic pistols and assault rifles. Shooting has become one of her favorite pastimes since she was appointed in July 2010 by President Benigno Aquino III, a gun aficionado who introduced her to the sport. (AP Photo/Bullit Marquez)

Hundreds of teachers are enrolling in a program aimed at keeping their students safe in the face of a mass shooting situation.

The program is called Faculty/Administrator Safety Training and Emergency Response (FASTER), and it’s showing teachers how to defend themselves and their students with a gun, reports Fox News.

According to FASTER’s website, the Ohio-based nonprofit’s training is even more extensive than that of the Ohio Peace Officer Training Academy. “The purpose is not to replace police and EMT,” they add, “but to allow teachers, administrators, and other personnel on-site to stop school violence rapidly and render medical aid immediately.”

RELATED: A father and son teamed up to take down their kidnapper after they were held at gunpoint

The program, influenced by pilots who carry on airplanes, was started by the Buckley Firearms Association.

And, Ohio teachers aren’t the only ones enrolling in the program. Hundreds of teachers in other states such as Colorado are taking the 26-hour hands-on training, which also shows them how to treat injuries on the scene.

Coloradans for Civil Liberties founder Laura Carno points out that teachers in rural America, where first responders can be anywhere from 30-45 minutes away, are especially benefitted. 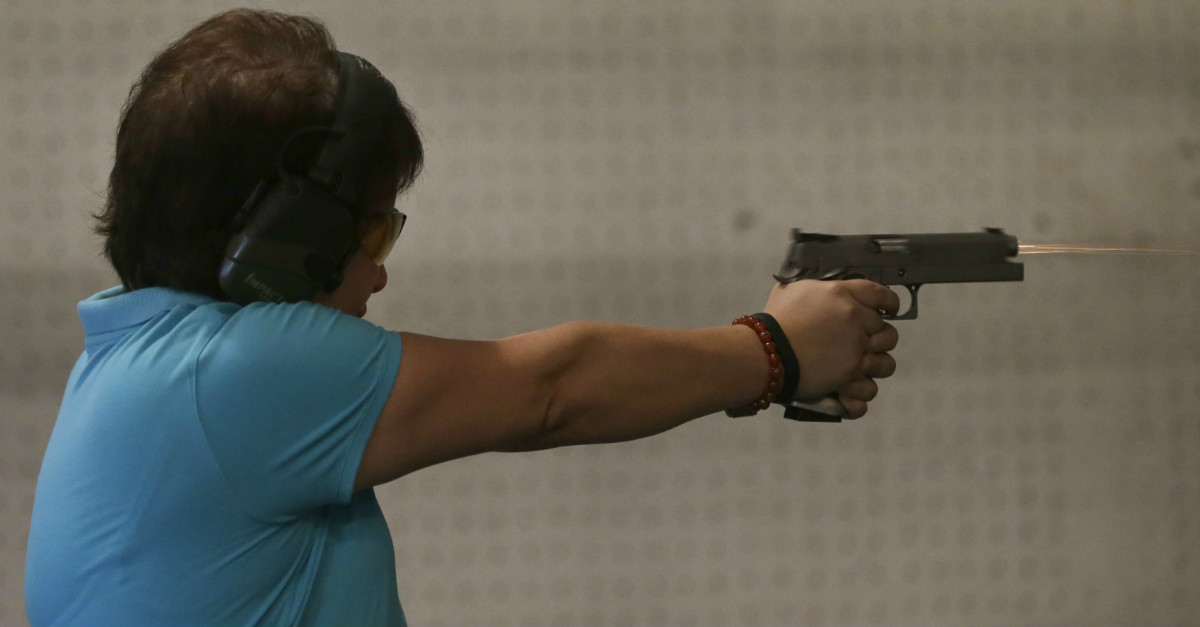