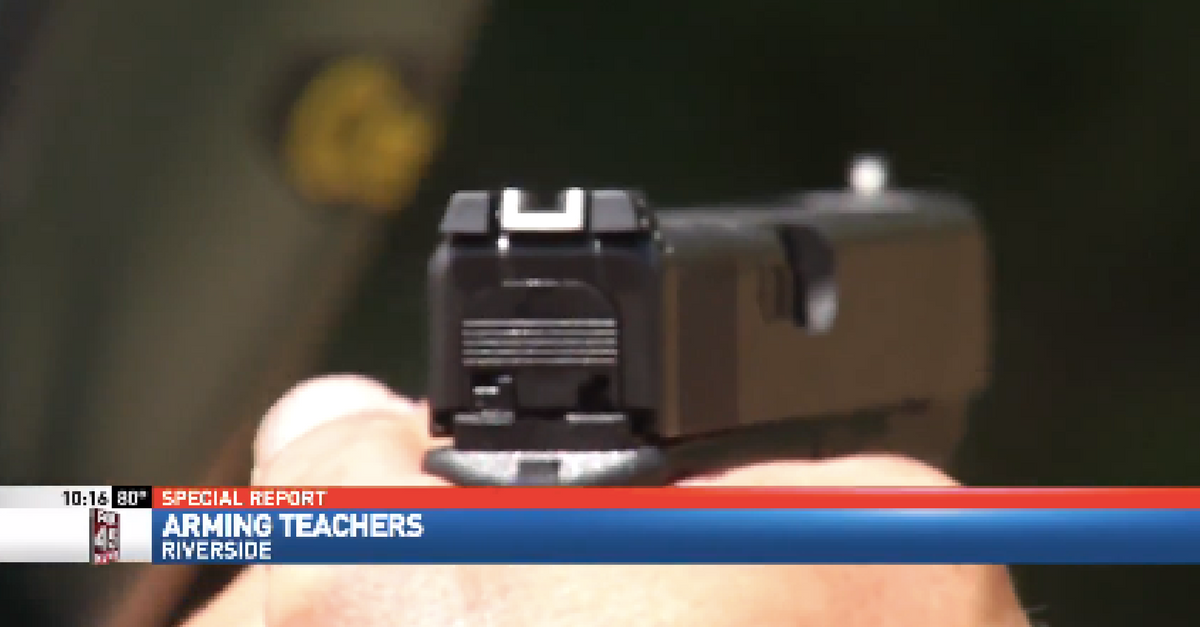 Thirty-two teachers and staff members in one Ohio school district are now ready and able to shoot classroom intruders during the upcoming school year.

At the start of the new school year next week, each of the Mad River Local Schools will have a number of staff members who have undergone defense training and will have access to hidden gun safes, the combinations of which are know only by these staff members and the superintendent.

According to Superintendent Chad Wyen, the district is the first to put together an “armed and trained response team,” but the decision is a growing trend.

RELATED: Teachers are learning how to defend themselves and their students with guns in this intense program

?It?s way more prevalent than people realize,? he said of the district?s decision to arm employees. ?Sixty-three out of 88 counties in Ohio have a district with a response team.?

Wyen has worked with a number of neighboring counties, in which many of the school districts have already developed similar plans. In order to put together the teams at Mad River Local Schools, employees were first interviewed and then required to attend one of two courses offering Ohio Peace Officer Training, the basic requirement for becoming a police officer in the state. Once assembled, the team also trained at the Montgomery County Sheriff?s Office gun range.

Wyen insists that parental responses to the new plan have been overwhelmingly positive, with just one parent calling to oppose it.

RELATED: A ?Teacher of the Year? who hosted sex parties for teen boys is headed to the slammer