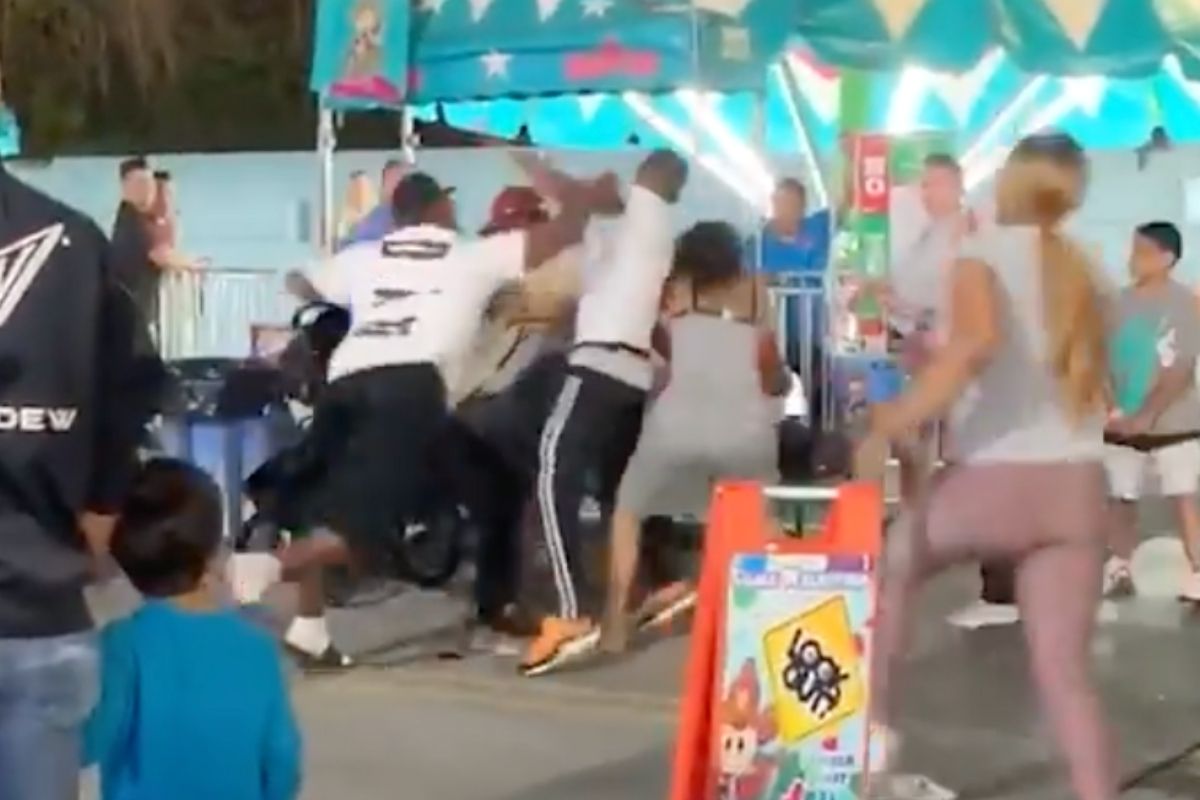 America has many grand, admirable pastimes. Our nation also, however, has a lot of what we’ll call “less than ideal” traditions. Anything relating to the Confederacy, endless grievance oneupmanship, and the consumption of the lowest quality of foods at the rate of an infinite locust swarm are a few. So too is our penchant to get into brutal fistfights around children. Teeball games, amusement parks, shopping at the mall or Walmart, waterparks. Wherever, really. Apparently kids really… get our blood up?

That or all the sugar and chemicals in the trash food we’re eating. When you’re all jacked up on cocaine burgers and meth pies you’re bound to pop off. Such was the case at the Tennessee Valley Fair in Knoxville, where a group of adults decided to start mercilessly beating each other in the section of the fair dubbed “Kiddie Land.” Which, given everything we know, may as well be renamed “The Thunder Dome” after a few of these trailer goblins get some funnel cake and corn dogs in them.

A Regular Day at the Carnival!

Usually when you’re at a state fair the screams of children are supposed to be gleeful, or at least terrified but only because the ride they’re on is made out rejected World War 2 era scrap metal. What the children should not be scared of is the large adults trying to beat each other up over what has to be, undoubtedly, the dumbest of reasons.

What could have possibly happened to have caused this fight? Did someone arguably cut in line at the Tilt-o-Whirl? Did a parent win the last Indonesian Spongebob Knockoff doll, technically named “Moist Square Robert”, for their kid and then the dad of another kid who wanted it took offense? Oxy deal gone south?

Jesus guys. Have some class. Take this outside to the field doubling as a parking lot.

Editors Note: This article was originally published on September 12, 2019.