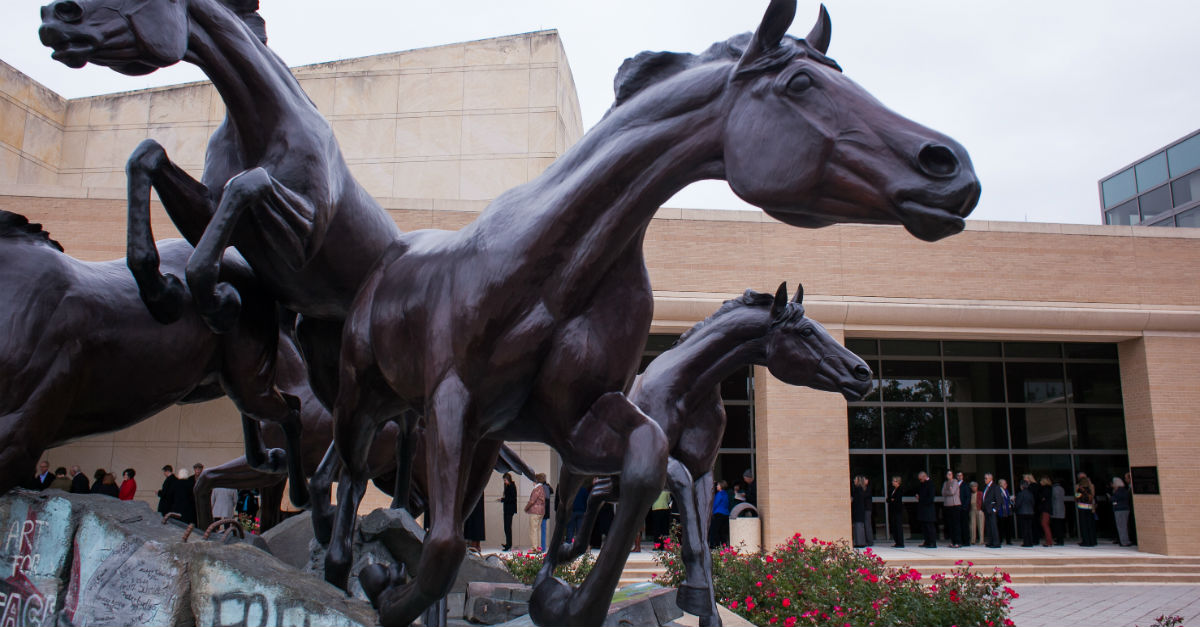 Texas A&M University is taking a stand against those who would seek to use their campus to repeat the events that occurred over the weekend at the University of Virginia.

White supremacists gathered for a rally in Charlottesville, Va., which quickly turned violent when they clashed with counter-protesters on Saturday. The violence escalated when James Alex Fields, Jr., 20, of Ohio allegedly drove his vehicle into a crowd of counter-protesters, killing Heather Heyer, 34, in the process.

As the university and people of Charlottesville recover from the chaos, which also claimed the lives of two Virginia state troopers, a white supremacist by the name of Preston Wiginton announced his intentions to invite white supremacist Richard Spencer to speak on the campus for a White Lives Matter rally, reports NBCDFW.

The university already saw protests when Spencer spoke on the campus last December.

RELATED: Torchlit rally sets the stage for a day of tension in Charlottesville

“The event will be to protest the liberal anti-white agenda which includes white guilt which leads to white genocide,” the older man, who only attended the university for a short time, told student newspaper The Battalion.

And the school has already responded to the news.

“His views and those of the group he represents are counter to the core values of Texas A&M,” said Amy Smith, executive vice president for marketing and communications of the university. “While he has the right of free speech, so too do we have the right to refute those views and get on with the daily business of a world class university.”

The event is set to occur on Sept. 11, a date remembered by Americans as the day terrorists hijacked planes and crashed them into the Twin Towers and the Pentagon.

“I will never know what it is like to be a student of color at Texas A&M University and in this world, but I acknowledge that this rally, offensively hosted on Sept. 11, signifies hatred,” said Student Body President Bobby Brooks.

Wiginton said that the date of the protest had nothing to do with the September 11th attacks. He also added his personal belief that “the Millennial generation doesn’t even relate to 9/11.”

Students have planned to form a “maroon wall” to block out Wiginton’s display from the public.

The racist & hateful violence in #Charlottesville is un-American & unacceptable. I pray for the victims. Americans must unite & overcome.

He has not yet commented on the proposed demonstration in his state.

The Texas Tribune notes that the site of the rally, the Rudder Fountain, was named after Gen. James Earl Rudder. The general “led a group of Army Rangers up 100-foot cliffs to topple Nazi gun barracks during the D-Day invasion.”