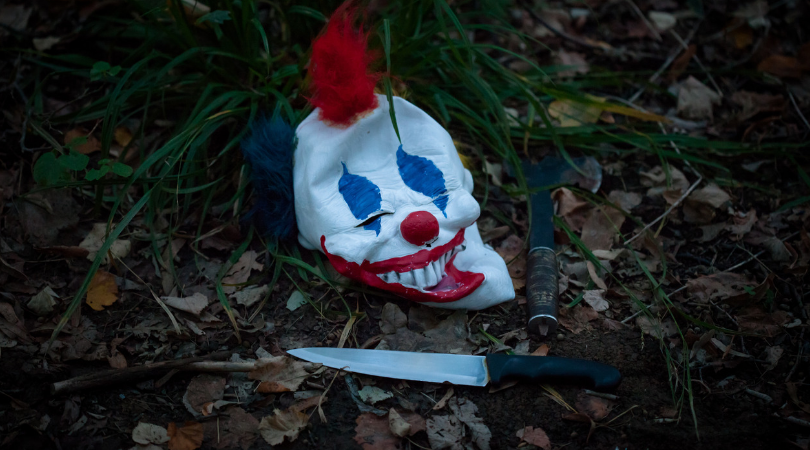 Police say a Texas woman used her granddaughter’s scooter to defend herself against a pair of machete-wielding men wearing clown masks who attempted to rob the woman and her husband.

Police say Aretha Cardinal and her husband, Joseph Nelson, were in the driveway of their Texas City home last week when the masked men approached and placed a machete to Nelson’s throat.

Authorities say Nelson wrested away the machete from one man while Cardinal grabbed the child’s scooter from the driveway and used it to strike the other man. Nelson tells Houston television station KTRK the men tried to run away but the couple chased them, smashing their vehicle window with the scooter.

The two suspects have been jailed on aggravated robbery charges.