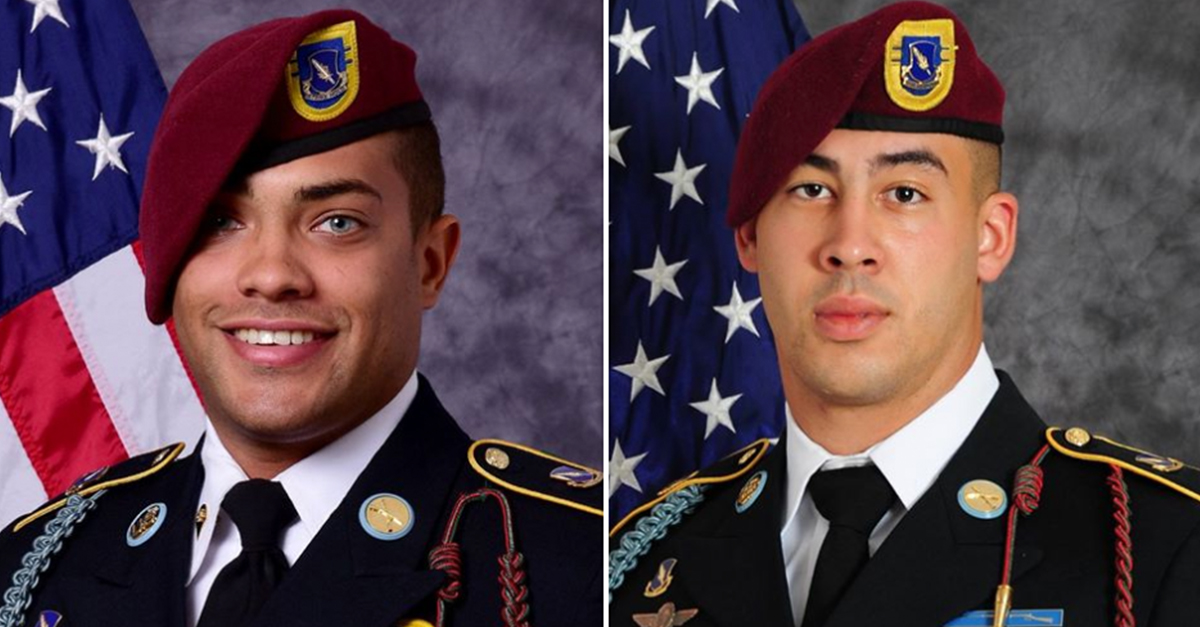 In a late night release to the media, the 82nd Airborne Division announced the deaths of the two young men.

“Chris and Jon lived and died as warriors. They will always be a part of the legacy of the Devil Brigade, and their memory lives on in the hearts and minds of their fellow Paratroopers. Our thoughts and prayers are centered on the families and loved ones of these two great Americans,” Col. Toby Magsig, commander of 1st Brigade Combat Team, said in a statement.

Spec. Harris and Sgt. Hunter were both  in the midst of their first deployment