People around the country are reacting to a photo posted by Whitney Kittrell, a single mom from Utah, who dressed up like a “dad” to attend a “Dads and Doughnuts Day” at her son’s school.

Her son is in kindergarten, and after he came home from school with a flier for the event, she asked him if he’d like to take his grandfather to school with him. But her son wouldn’t have it.

RELATED: Frustrated mom stood up for her son with Down syndrome after he was excluded in the saddest way

Since becoming a single mom three years ago, Kittrell wrote that she “made a promise with myself that [she] would do anything [she] could, even if it meant going out of [her] comfort zone, to give [her] kids a ‘normal’ life and the same experiences as other kids.”

She extended this mantra to “Dads and Doughnuts,” putting together her “best dad outfit” and attending the event with her son, who told classmates and teachers, “This is my mom. […] She’s my dad too so I brought her!”

As Kittrell left the event, her son did something remarkable. He ran up to her, kissed her on the neck, and told her: “Mom […] I know that you’ll always be there and do anything for me. Thank you. I love you” 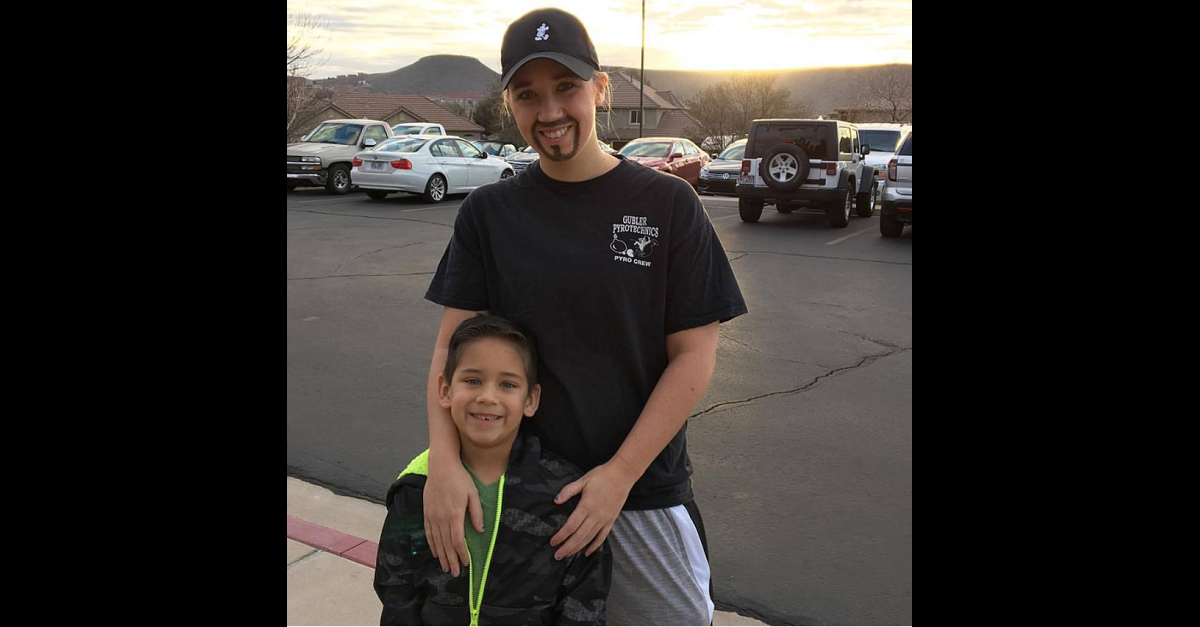