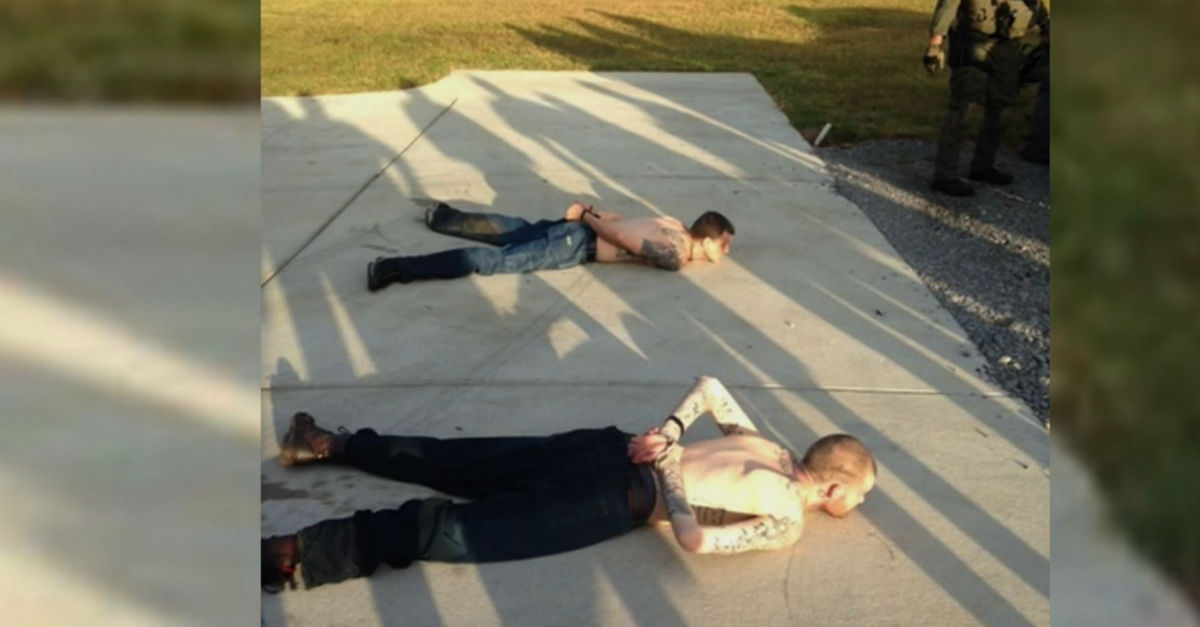 CORRECTION: Reports that a homeowner held the escaped convicts at gun point are incorrect. The Atlanta Journal-Constitution reported that the homeowner, Patrick Hale, said in a press conference that he was concerned with his daughter when inmates Donnie Russell Rowe and Ricky Dubose crawled through barbed wire and into his yard.

Hale said contrary to what’s been reported, he did not hold the inmates at gunpoint. He grabbed his daughter and his gun and went to his car. Hale said that his car resembles a police car and may have led the inmates to surrender.

Original Story: For two days, police in the south were engaged in an all-out manhunt in search of escaped convicts Donnie Rowe and Ricky Dubose. The men are accused of murdering two prison guards while being transferred Tuesday in Georgia and managed to escape on foot. Police were offering $130,000 for information leading to their arrest.

RELATED: The girl who begged her boyfriend to kill him just found out her fate

However, their run from the law ended Thursday when they tried to steal a vehicle, and a gun-wielding Tennessee homeowner was alerted to their presence. Reportedly, the hero who finally stopped the men noticed them trying to take his car and held them at gunpoint. He then told a neighbor to call the police and didn’t let his aim off of them until police arrived.

GA Corrections Dept. confirms escaped convicts accused of killing two officers were cellmates — and say they may have split up by now. pic.twitter.com/zdJUct1hLk

Tennessee Bureau of Investigation Director Mark Gwyn said, “We know how important it was to capture them…with the crimes committed in Georgia, we know they could’ve done that here.”

RELATED: Police are searching for a female suspect involved in a northwest Houston shooting

The name of the man who held the convicts at gunpoint has not been released, and the authorities have not announced if he’ll be getting the $130,000 for catching the pair. At this time, police are just thankful that the homeowner was armed and fearless enough to hold on to the men until the authorities arrived.