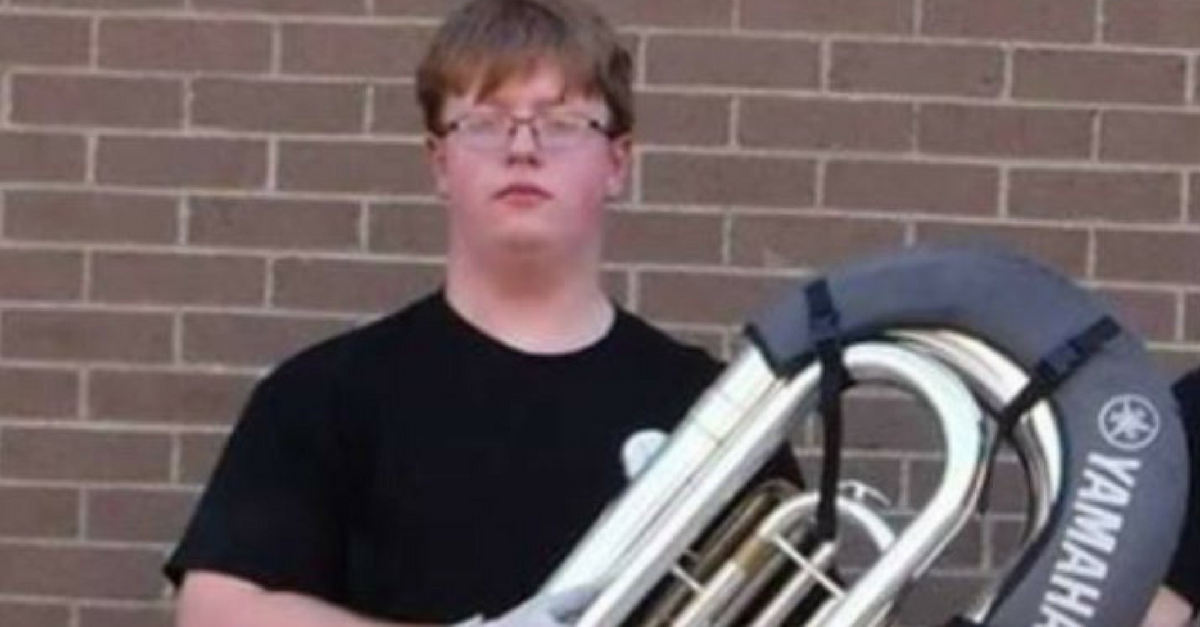 A reporter who raced to this week’s Kentucky high school shooting to cover the tragedy arrived at the scene to discover that the suspect was her son, Gabe Parker.

According to a colleague, Mary Garrison Minyard, editor of the Marshall County Daily Online, learned that gunfire had broken out at her son’s school, Marshall County High School, on Tuesday and rushed to the school to report on the event and to make sure her son was safe. While he wasn’t injured, he was in handcuffs.

Reporter rushes to Kentucky school shooting – and learns the alleged gunman is her son https://t.co/CZ5l7mW66s pic.twitter.com/XyO4bPkT9J

RELATED: The mom of a Kentucky shooting victim received a call from her daughter as she was dying

Multiple people with direct knowledge of the incident. and who are familiar with the family. confirmed to the Courier Journal that Parker is the suspect who allegedly fatally shot two of his classmates and injured over a dozen more. Authorities, however, have not yet publicly named the 15-year-old whom they currently have in custody.

Many students were shocked to see Parker being escorted out of the school by a group of police officers, with one classmate insisting that he had always seemed “like a really good kid.” It has been rumored that he was bullied at school, and things at home appear to have been rocky. His parents divorced when he was just 5 years old and both later remarried. His father and stepmother, however, separated in 2016 after the former allegedly slapped the later during an argument. He was charged with fourth-degree assault and pleaded guilty to the lesser charge of disorderly conduct. Parker’s stepmother described her now ex-husband as “controlling and a bully.”

So ths is Gabe Parker. Responsible of the school shooting in Kentucky. C'mon man you're in band. You had so much ahead of you and then you go do some dumb shit. Charge him as an adult. pic.twitter.com/Ky4pwdTm4A

Parker has been charged with two counts of murder and 12 counts of assault after prosecutors decided against hitting him with 12 counts of attempted murder instead. Authorities are currently gathering evidence and hope to have him tried as an adult for his alleged crimes.

RELATED: The Kentucky school shooter has been charged — but police couldn’t get any attempted murder counts