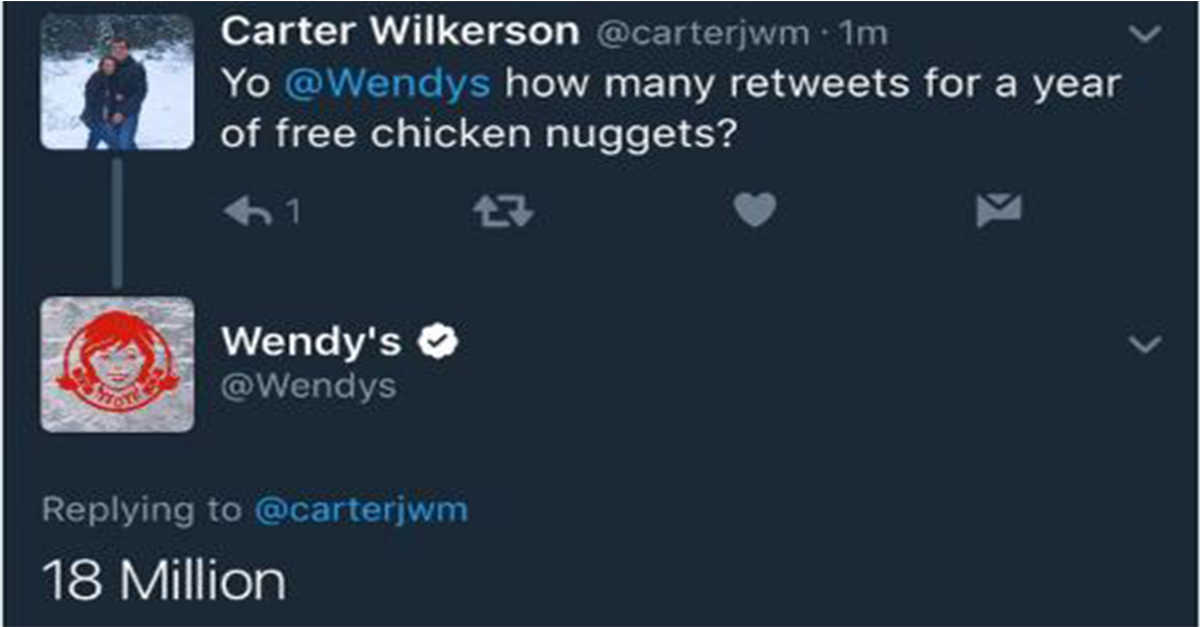 Carter Wilkerson, the teen who tweeted at Wendy’s asking for a year a free chicken nuggets, passed the mark set by Ellen DeGeneres’ legendary selfie from the 2014 Oscars. In early April, Wilkerson asked how many retweets he needed for Wendy’s to supply him with nuggets. The brand responded with 18 million, which is seemingly impossible.

HELP ME PLEASE. A MAN NEEDS HIS NUGGS pic.twitter.com/4SrfHmEMo3

RELATED: This guy is begging the internet to help him get a year of free chicken nuggets, and it’s working

Wilkerson isn’t close to the 18 million RTs he was challenged to, but Wendy’s is giving him the nuggets anyway for accomplishing the feat.

.@carterjwm is now the most retweeted tweet of all-time. That’s good for the nuggets, and $100k to @DTFA. Consider it done. #nuggsforcarter pic.twitter.com/k6uhsJiP4E

Wilkerson’s certificate says he “has the most retweeted tweet in the history of ever (sorry Ellen).” Wendy’s also donated $100,000 to the Dave Thomas foundation for Adoption, an organization that finds homes for kids in foster care.