The Las Vegas shooter’s girlfriend may know a lot more than she’s letting on, sheriff says 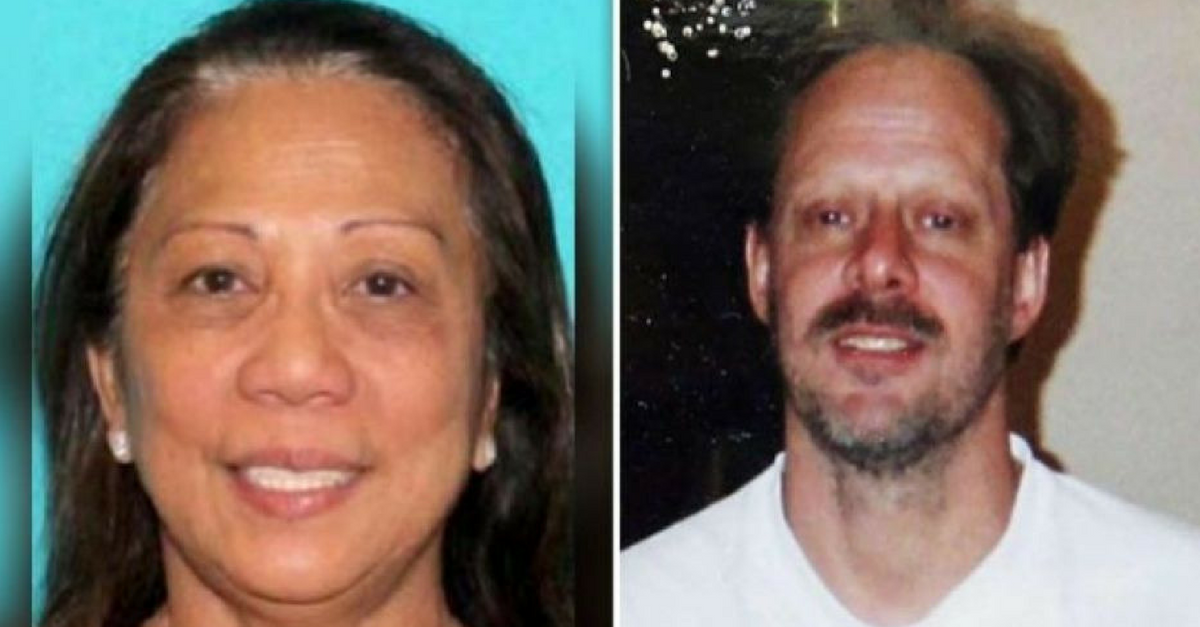 Stephen Paddock’s girlfriend, Marilou Danley, may be hiding something from authorities investigating his Las Vegas massacre last month that left 58 people dead and hundreds injured, the city’s sheriff suggested in an interview this week.

“There is a lot of people that have hundreds and hundreds of guns, but for this individual to do it at a certain point in time and to do it all with such robust action, you would think that Ms. Danley would have some information associated with that,” Sheriff Joseph Lombardo said during his first TV appearance in nearly three weeks. “But currently we haven’t been able to pull that out of her, if it’s in her.”

As police search for Paddock’s motive for carrying out the tragedy, Danley, who remains a person of interest, has maintained that she had no idea the attack was coming and knew nothing about it. The shocked girlfriend was visiting her family in the Philippines at the time of the shooting, as Paddock had purchased a plane ticket for her ahead of time. Once there, he wired her $100,000 to purchase a home for her family days prior to the shooting. Danley reportedly took Paddock’s gestures as his way of breaking up with her and was stunned by what he was really up to. According to Lombardo, however, she may have been able to prevent it all.

“It could have been prevented on many levels,” Lombardo told KLAS’ George Knapp. “Marilou Danley, his brother, anybody that may have had some modicum of information that would have presented this individual’s state of mind, but apparently right now we don’t know that.”

RELATED: What Stephen Paddock’s internet searches reveal about his lead-up to the Las Vegas massacre

While no motive has yet been determined or publicly announced, high-rolling gambler Paddock had reportedly lost a significant amount of wealth ahead of the attack, which Lombardo believes “might have a determining factor on what he determined to do.” The sheriff added that Paddock was narcissistic, depressed and status-driven, and his status had recently begun to decline. Police, however, are still searching for a motive and are working on recovering a missing hard drive from one of his laptops found in his Mandalay Bay hotel room.

“The hard drive was not located in the room,” Lombardo said. “We may never know where that hard drive is. It could have been removed years ago.”

“I’m amazed at people’s mental state to post the stuff that they post,” Lombardo told KLAS. “I probably shouldn’t tell you this, but I wish I could locate some of these individuals or have them present themselves to me personally and I’ll show them what happened out there.”