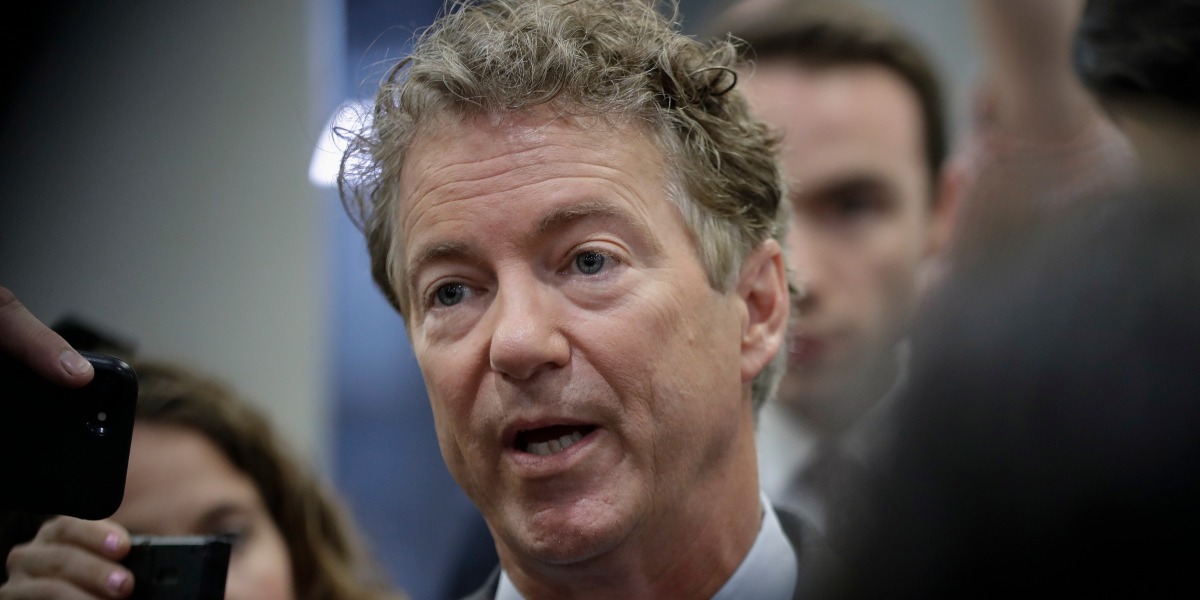 AP Photo/J. Scott Applewhite
Sen. Rand Paul, R-Ky., speaks to reporters at the Capitol after Republicans released their long-awaited bill to scuttle much of President Barack Obama's Affordable Care Act, at the Capitol in Washington, Thursday, June 22, 2017. He is one of four GOP senators to say they are opposed it but are open to negotiations, which could put the measure in immediate jeopardy. (AP Photo/J. Scott Applewhite)

Rene Boucher, Paul’s 59 year-old neighbor, allegedly attacked Paul on Friday while the senator was riding his lawnmower. Paul broke six ribs and also suffered from cuts to his mouth and face, along with bruised lungs.

Boucher appeared in court in Bowling Green, Kentucky on Thursday morning, and cold face up to a year in jail if convicted of the assault charge.

The senator gave an update on his health Wednesday:

I appreciate all of the support from everyone. A medical update: final report indicates six broken ribs & new X-ray shows a pleural effusion

According to CNN, Paul has hired a personal injury attorney to file a claim for damages against Boucher.

Matt Baker, an attorney for Boucher, says the attack wasn’t about politics.

“It was absolutely and unequivocally not about politics, not about right verses left and not about Democrat versus Republican,” he said.

On Thursday, Paul Senior Adviser Doug Stafford issued a statement on the matter via Facebook:

Last week Senator Paul was vigorously assaulted by someone in his neighborhood. This is a serious criminal matter involving serious injury, and is being handled by local and federal authorities. As to reports of a longstanding dispute with the attacker, the Pauls have had no conversations with him in many years. The first “conversation” with the attacker came after Sen. Paul’s ribs were broken. This was not a “fight”, it was a blindside, violent attack by a disturbed person. Anyone claiming otherwise is simply uninformed or seeking media attention.

On Wednesday night, Paul thanked everyone for the support he has gotten over the past couple of days.

“I appreciate all of the support from everyone,” he tweeted. “A medical update: final report indicates six broken ribs & new X-ray shows a pleural effusion.”

Some of Paul’s neighbors have expressed dismay over the ordeal.

“As a friend, neighbor and senator, Rand has been first class in every way,” Paul’s neighbor Robert Warner told the Washington Examiner. “What I find amazing is the fact that he cuts his own grass.”

“Our neighborhood is fortunate that the Paul’s live here,” Warner added.