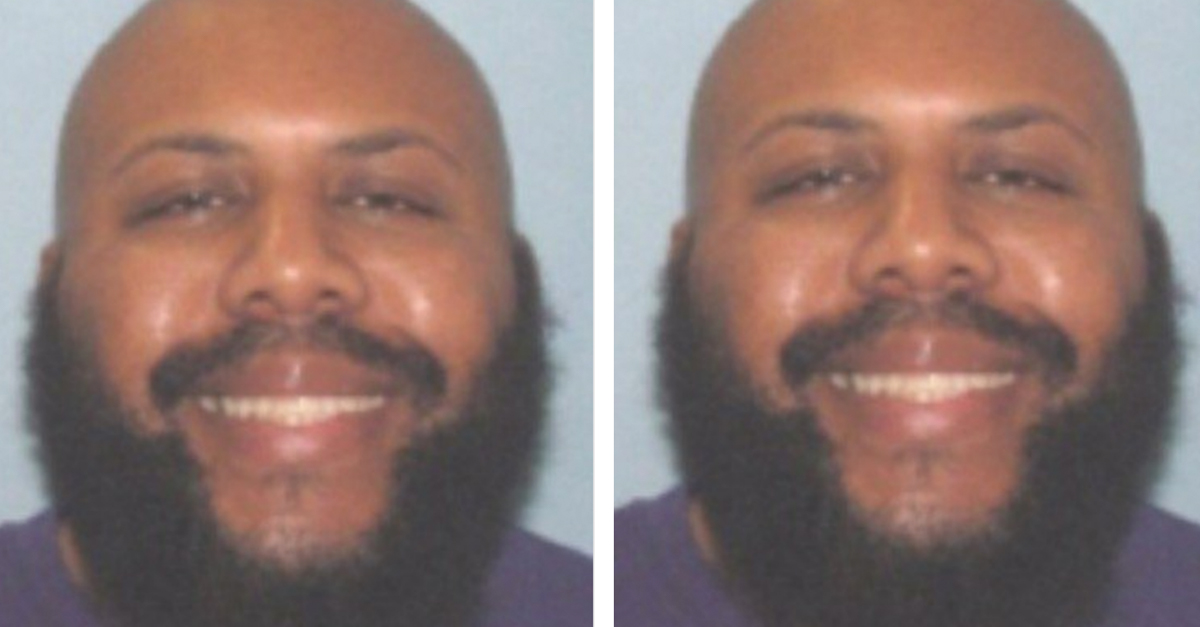 Steve Stephens, the fugitive wanted in the murder of Robert Godwin, Sr.in Ohio was found dead in Erie, Pennsylvania on Tuesday. Stephens posted a video of him gunning down the 74-year-old man in Cleveland, Ohio on Sunday.

In a series of Facebook posts, Stephens blamed a former girlfriend for inspiring his murderous rage, and claimed he would kill again. A five-state wide manhunt ensued that stretched into Pennsylvania. On Monday, police received numerous tips that Stephens had been spotted in and around Fairmount Park in Philadelphia.

“State police were following the car as it headed west into Erie, according to dispatchers.”