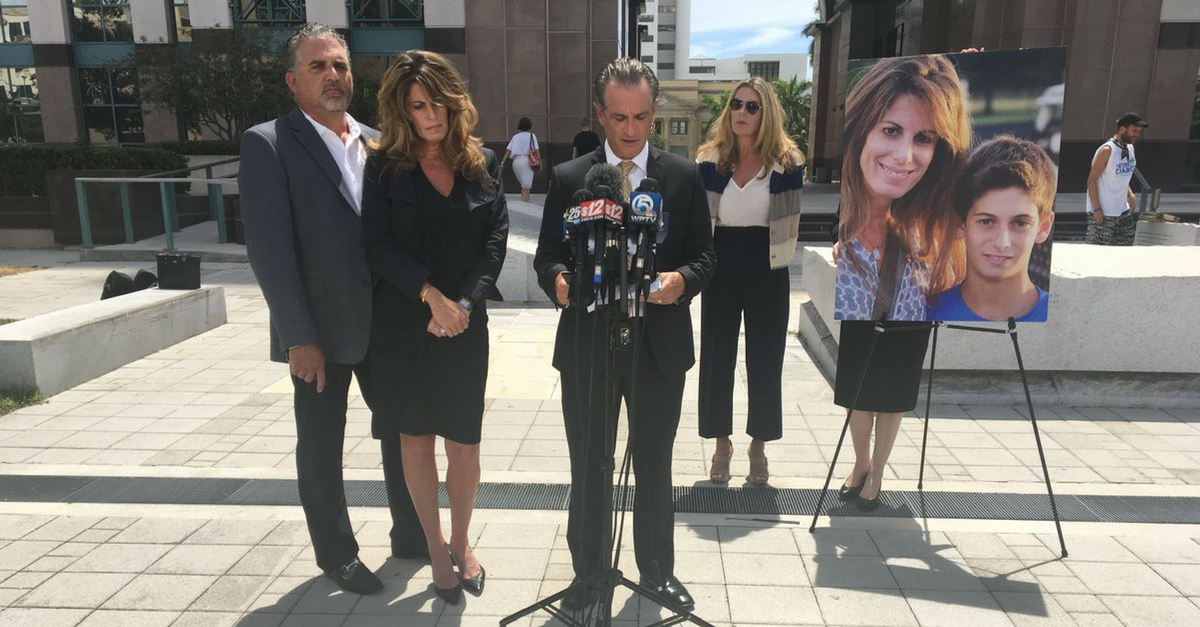 The family of one of the Florida teenage boys who went missing at sea in July 2015 is suing the family of the boy who disappeared with him.

The mother of Perry Cohen filed a wrongful death lawsuit against the family of Austin Stephanos, alleging that the Stephanos family could have stopped the 14-year-old boys from going out on an ill-equipped boat during a storm. Pamela Cohen believes her son wouldn’t have gotten lost at sea if they hadn’t failed to do so.

In the lawsuit, Cohen makes a number of accusations about Stephanos’ mother Carly Black, his father William Blu Stephanos and his grandfather Richard Black Jr. She says the trio should never have let the boys take their boat out in the ocean when a storm was on the way, and they should have made sure the boat had a radio, location device and the proper safety equipment. She claims she informed the Stephanos family that her son was not allowed out on a boat without an adult and that they waited more than two hours before reporting him the boys missing.

RELATED: Heartbreaking new details have emerged about parental negligence and who knew what on the day two Florida teens disappeared at sea

“Perry’s family cannot just move on, put this behind them or let it go,” Cohen’s attorney, Guy Rubin, said. “There is no easy way to move forward. For Pamela, the bond with her one and only child is too strong to let this pass without pursuing the truth.”

The Florida Department of Law Enforcement launched an investigation into possible negligence on the part of the Stephanos family. They found evidence of child neglect against Carly Black but not enough to file charges. They did, however, say that Black showed an “egregious lapse in judgment and failure to exercise due care” in allowing the teens to go boating “minimally equipped” on that fateful day.

RELATED: The families of missing Florida teens just received a crushing blow about the iPhone and new information